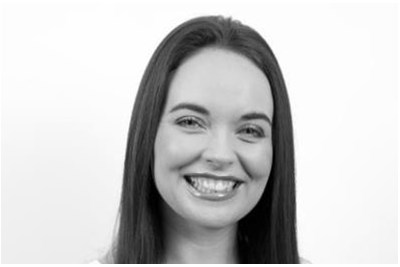 Affected employees may be able to apply for limited government assistance, and other travel firms are keen to recruit these experienced individuals

The collapse of Thomas Cook (Britain’s oldest travel firm) has sent shockwaves around the world. UK holidaymakers have faced an abrupt end to their trips, with many worried about how they will get home. For those who have not yet travelled, a cloud of uncertainty looms around whether they will get their money back.

For many the news will bring back memories of Monarch Airlines’ collapse in 2017, which saw 110,000 customers requiring repatriation to the UK. The government-run Civil Aviation Authority stepped in to provide emergency flights and has done so again for Thomas Cook’s 150,000 customers.

However, some might remember that Monarch’s demise also saw almost 2,000 staff lose their jobs. The ramifications of Thomas Cook’s collapse look set to eclipse that number, with 9,000 UK staff affected.

The effects of insolvency on a company’s staff are expansive and immediate. Compulsory liquidation, as is the case here, causes a company to cease trading very quickly. The employment contracts of its employees are automatically terminated from the date the company is wound up, resulting in job losses among pretty much all staff.

There are a few exceptions, such as the employees required to stay to assist with the liquidation. However, Thomas Cook’s official announcement of its liquidation saw many staff, such as cabin crew, become immediately redundant (some while still air bound) leaving many questioning their rights as employees, including whether they’ll even be paid another month’s salary.

So whose responsibility is it to pay a company’s staff if it becomes insolvent?

The UK government’s duty to assist those affected by Thomas Cook’s collapse extends beyond providing flights to its customers. As an EU member state the UK is obligated by Article 3 of the Insolvency Protection Directive to set up and finance 'guarantee institutions'. These ensure some degree of state-guaranteed financial protection for employees should their employers become insolvent.

The UK’s guarantee institution, the National Insurance Fund, offers a glimmer of light at the end of the tunnel for Thomas Cook staff. They can apply to the Fund’s Insolvency Service for redundancy and other employment-related payments such as unpaid wages.

The service is able to act quickly, aiming to pay claims within an average of 14 days, although it may pay sooner if it can reasonably do so. Business, energy and industrial strategy secretary Andrea Leadsom has asked banks and credit card firms to take this waiting period into consideration when pursuing Thomas Cook staff for bills.

However, even when staff receive these payments the amount is subject to certain caps. This means an affected employee may unfortunately still find themselves out of pocket. Furthermore, claims will only be accepted from employees and not self-employed individuals, such as contractors who have carried out work for the company.

The government has issued advice about how Thomas Cook staff can apply for redundancy via the Insolvency Service, a process which can be done online.

Aside from government assistance, the travel industry has also rallied in support of Thomas Cook staff. Companies such as Virgin Atlantic, TUI and Great Western Railway have taken to social media to encourage affected employees to apply for roles within their businesses. This has included holding exclusive ex-Thomas Cook recruitment fairs. Despite such a devastating blow, Thomas Cook’s staff can be hopeful that their hard work for a household name will put them in good stead for future employment opportunities.

The government’s obligation to assist employees of insolvent companies under EU legislation is a source of comfort to all UK workers. However, after being unable to bail out Thomas Cook, and only being in a position to provide a limited level of financial support to its redundant workers, the UK government can only do so much.

With Brexit just around the corner it will be interesting to see if insolvency legislation changes at all. Such an established name as Thomas Cook going into compulsory liquidation highlights the potential for similar future insolvencies of large employers. On this occasion action from the government and travel industry has gone some way to ensure workers won’t be left wondering how they will pay their bills. But this definitely won’t be the last time employees across the UK find themselves in such difficult circumstances.

Catherine Kerr is partner and head of employment at Primas Law