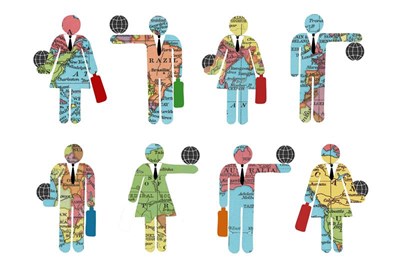 Interested in taking on an international HR role? Here's some issues you may need to consider

Recruiting from other countries

Knowing you need to attract talent from overseas to stay competitive is one thing; actually going about it is quite another. For the University of Exeter this is about ensuring all employees are trained on the importance of collaborating and recruiting globally. “With all our young academics we’re talking to them about our global ambition, getting them involved in trips abroad and collaborating with other organisations. It’s broadening the horizons of everybody,” says HRD Jacqui Marshall. “It’s also really a lot more research on our parts – really thinking about which disciplines we want and where they are in the world.”

Liaising with line managers, senior executives and locally-based HR colleagues becomes much harder when you’re separated by thousands of miles. “The biggest challenge is managing a virtual team,” says Amec Foster Wheeler’s group HRD Will Serle. “You can no longer open the door and wander around your team. It requires you to form those relationships initially and then, because you can’t travel to places continuously, you have to put extra effort into maintaining those in a virtual way.”

Being geographically dispersed can mean not only less frequent catch-ups but also a less open, trusting dynamic when you are communicating. Gordon Headley cites a situation at Tullow where standardising compensation and benefits had disgruntled some African employees. While his HR team on the ground were aware of the issue, they didn’t think to tell him as he was the boss. This is why getting out into the country and making it clear you’re open to feedback is so critical, he says.

Getting the HR function structure right

Implementing the best structure globally is a case of getting the balance right between plenty of expertise on the ground and maintaining a good level of central control and consistency, says Serle. “You don’t want your expertise duplicated in every country because then you lose your consistency,” he adds. “But then you have certain businesses which are happy with that; they don’t need things more joined up. There’s no one right way.”

A key challenge for Creditsafe has been inspiring employees in some European countries to aim for management level, while managing the expectations of the typically highly ambitious American staff. “In the UK and US people are very hungry to develop their careers in the way they’re perhaps not in some European countries. At that point it becomes a slightly different proposition in the way you sell it,” says HR and training director Gareth Way, explaining that in the US, by contrast, it’s about creating “more levels so people can still progress vertically and into other departments”.

Maintaining a sense of brand identity and loyalty

Where an organisation operates in many different regions it’s easy for company culture to become diluted. Campus Living Villages combats this with regular secondments and its management development programme Elev8, where modules are held in different territories. “For example, the group who started in 2014 did leadership in Houston, finance in Sydney, HR in Manchester and resident life in Utah. They’ll be doing facilities management in New Zealand next,” says global HRD Jan Wilman.

Anyone who’s ever travelled, never mind headed up a global HR function, knows there are matters you previously held as morally black and white that become much less straightforward once you’ve engaged with another culture’s belief system. Serle says HRDs must know exactly where to draw the line. “It’s probably one of the single biggest challenges that an international business will face,” he says. “In our organisation we have a very clear set of values and behaviours that go with those, and in some countries where we have the opportunity to work we would really struggle to operate without compromising those values. So it’s critically important to know your views as an organisation.”