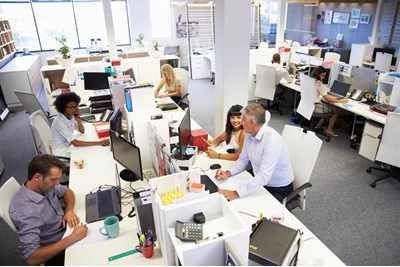 It was a great event - and running staff surveys that not anonymous is contrary to the common view. We have this white paper https://wethrive.net/whitepaper-employee-engagement-survey-not-anonymous/ ...

He suggested that by asking people to answer anonymously employers are essentially saying “I’d love to be able to help you, but I don’t know who you are”.

He said: “Asking employees to answer surveys anonymously will mean they feel no responsibility to do something worthwhile,” he said. He added that if staff feel this way while responding to surveys then authentic feedback is not going to be given.

Workers are not likely to give their employers intimate information, Bishop reasoned. “Employees do not want to tell you about their vulnerabilities.”

If employers require this level of detail then Bishop suggested they can use anonymous surveys, however they must ensure that these have been designed thoughtfully.

They must be formatted so that employees feel as though the answers given could have an impact on the company, even if given anonymously.

He suggested that listening surveys, heatmaps and word clouds could all be used as alternatives to anonymous surveys that will engage employees.

Blackburn also said that employee engagement surveys only give a ‘snapshot’ of a person’s viewpoint and feelings at a particular moment.

By leaving anonymous surveys in the past, and using more personal and talk-based surveys, Blackburn asserted that HR can gather more detailed and applicable data.

It was a great event - and running staff surveys that not anonymous is contrary to the common view. We have this white paper https://wethrive.net/whitepaper-employee-engagement-survey-not-anonymous/ which explores the topic in more detail.