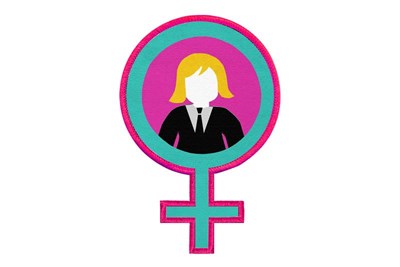 I wish these types of leadership roles for women were prevalent in all businesses and industries but they are not. You still have female leaders that prefer to diminish the abilities of other ...

Many businesses are keen to say the right thing about diversity and gender equality. They set up working groups and committees and write policies. But the majority of large companies’ boards and executive teams remain male-dominated, with alpha male culture. This makes it hard for women to break through and succeed at the top.

As part of our research on leadership we are speaking to 150 of the world’s top female CEOs and influencers. We want to understand more about the barriers facing female leaders today, and what leadership lessons women can learn from other influential and inspiring women, so that they can break through, start to create a chain of successful women at the top, and move towards real equality.

Our research so far demonstrates that many women don’t like to talk about the differences between male and female leadership because they want to be considered on a similar footing. The interviews have highlighted that discussing female leadership qualities is seen as unnecessary and even as a point of weakness in some company environments.

However, we’ve found that there are broadly four different types of female leadership currently. They are:

Female leaders need to be on a journey of working through their personal leadership patterns and growth areas, so they can break free from male-dominated constructs and harness feminine qualities. They need to take deep dives to integrate themselves and lead from their higher purpose. In this way they can strengthen the chain of women needed to bring more balance to the corporate world.

This article is an extract from the forthcoming book Secrets of Female CEOs – 150 Female CEOs on business life and leadership, co-authored by Steve Tappin and Ana Marinovic.

Steve Tappin is a world-renowned CEO expert and host of ‘BBC CEO Guru’. Ana Marinovic is an international coach and consultant and advocate of female CEOs and leaders.

I wish these types of leadership roles for women were prevalent in all businesses and industries but they are not. You still have female leaders that prefer to diminish the abilities of other females so that they can stay at the top. When this type of female leader gains power, they feel threatened by other talented females, but not by talented males. You can immediately identify them by the distinctive way they treat their male and female colleagues and subordinates differently. Sadly, there are too many of these types of female leaders in positions of authority.