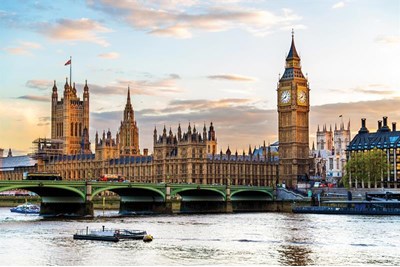 Many sound like particularly colourful excerpts from Armando Iannucci’s The Thick of It TV series. Yet there is nothing funny about the accounts uncovered by a recent Newsnight investigation into bullying and sexual harassment at the House of Commons.

One account details a committee trip to California where Tory MP for The Wrekin Mark Pritchard, apparently notorious for shouting at staff, berated a female junior. “He wasn’t happy with the hotel choice. He wanted to stay elsewhere. He exploded, yelled at her,” one clerk told Newsnight. Another said: “He threw his papers about and said something like ‘you fucking useless women’.”

The focus of the Newsnight investigation was Westminster staff with job titles such as ‘secretary’ and ‘inquiry manager’, commonly known as ‘clerks’. They advise MPs on committees and advise the speaker of the house on procedure.

Kevin White has, on occasion, encountered this kind of bad behaviour from parliamentarians through his former role as HR director general at the Home Office and The Department for Work and Pensions. The problem, he says, is the unique environment of Westminster.

“It looks from the outside as if the pressure of politics and the weight of issues being managed can make people feel that the political end justifies the behavioural means,” he says. “Until recently there’s not been very much scrutiny of that behaviour.”

This isn’t unlike other similar environments, feels Tory MP for Basingstoke and chair of the Women and Equalities Select Committee Maria Miller.

“I don’t feel Westminster has any bigger or lesser problem than any other organisation that is very unbalanced in terms of the number of women in powerful positions,” she tells HR magazine. She points too to this workplace – like others, including most notably tech firms – becoming “a total institution: a place you live and work and exist.”

“That environment is not reflective of reality and that’s where things go awry,” she says.

The difference, however, is a complete lack of HR provision at Westminster, highlights Miller; something that leader of the House of Commons Andrea Leadsom’s cross-party committee on the issue is keen to address, she tells HR magazine.

Leadsom concedes that to have never had HR provision for a 15,000-strong workforce (when everyone working on the estate is factored in) is an oversight to say the least. The need to now roll this out is clear for a variety of reasons.

“When you become an MP there’s no: ‘have you managed people before?’” she says. “Likewise for their staff. Very often an MP when hiring will look for someone that shares their passion – whether for disability rights or overseas aid – rather than for managerial skills.”

And so an independent HR advice service for staff is to be launched. Other measures to be rolled out include a new behaviour code; two separate confidential helplines (one for sexual harassment, one for general bullying); and tougher sanctions for perpetrators, including being suspended or forced to face a public vote, or being forced to undergo training or to issue a letter of apology.

An induction process will also be launched for the first time, as well as a programme of wider training. “That will include things like unconscious bias and consent training, how to carry out an appraisal, maybe assertiveness training,” says Leadsom.

However, the response to this raft of new measures, when announced in March, was far from enamoured in some quarters. One concern was that a House of Commons Commission inquiry into bullying and harassment of staff by MPs would not examine historic cases.

“My proposal was that the inquiry should hear from all those who wish to come forward” but this is currently in the hands of the chairman of the inquiry, explains Leadsom. She adds that any cases “already contrary to the employment contract or a previous code in force at the time or indeed that are criminal” can be investigated. But “from a legal point of view you can’t hold someone accountable to a behaviour code that wasn’t in place at the time,” she says.

Another criticism is that MPs will continue to have a role in either investigating or sanctioning other members. And that too much focus has been given to protecting MPs’ confidentiality.

Leadsom is particularly passionate about this latter point, highlighting that this is as much about protecting victims’ anonymity as MPs’. “The implication is you’re letting MPs slip under the radar, but 95% of sexual violence victims never come forward because they are afraid of the public shame,” she says.

Regarding the former criticism, Leadsom responds that half the people sitting on any inquiry into abuse are “lay members” able to contradict any vote made by MPs.

“One of the work streams is looking at changes [here] and it’s clearly an area we need to be very careful on; that we’re not allowing MPs to make their own homework,” she says. “But the evidence suggests with a few minor changes we can get the result we want.”