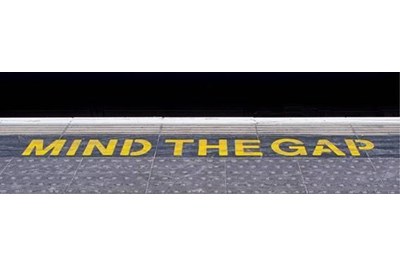 Pay isn’t the only gender-related ‘gap’. It’s time to take a serious look at the issue of skills

There’s been a lot of focus recently on the gender pay gap. Quite right, too. We’ve had the publication of top salaries at the BBC, to news that it could take 37 years for the pay gap to be closed in the civil service. All this before we get a fuller picture on the pay gap situation when all businesses employing over 250 workers have to announce their gap figures publicly next April.

But there is another gap we need to address - one that’s just as prevalent. The skills gap is often spoken about, but rarely is it placed in the context of gender. Perhaps the solution to both the gender pay gap and the skills gap is to consider the two as interlinked?

So how are the two related? When they enter the workplace, female graduates are not only likely to be paid less, but once that pattern is set they stay behind their male colleagues. The Department of Education’s Longitudinal Education Outcomes study shows women earn £6,500 a year less than men after five years in work. Milkround’s own research in our annual Candidate Compass survey gives a further edge to this finding. We discovered that a third of female graduates expect to earn starting salaries up to £10,000 less than male graduates in similar roles. So even before the pay gap kicks in, many female graduates are undervaluing their potential. Why is this the case when there are more opportunities than ever for women? Surely this undervaluing cannot be innate? There must be external factors at play.

Although open discrimination is less frequent, the recent incident at Google clearly shows that there are places where male attitudes about the kinds of jobs women should be doing still hold sway. Despite efforts to change this, it still remains the case that in some industries, particularly STEM (Science, Technology, Engineering and Mathematics) based, this mindset is proving hard to shift. Couple lower graduate expectations with this (conscious or unconscious) bias and you can see that women face a double whammy when it comes to some workplaces, perhaps a triple whammy if you consider the issues still facing women from ethnic minority backgrounds. Not only will female graduates earn less, but that lower pay expectation will be linked to attitudes which discourage them from gaining the skills and experience needed to make things change. Significantly, it is also largely STEM sectors that are currently, or certainly will be in the future, suffering from a skills gap.

Not everyone sees it this way. It’s worth pointing out employers like Virgin Money have set a target of ending the gender imbalance by 2020. But more needs to be done. A lot more. What is it that leads so many female graduates to put themselves at such a disadvantage when it comes to their first jobs? If there is unconscious bias, how can this be removed? Key is education and training. Making recruiters aware that bias exists - not only in the unconscious stereotypes that we still hold, but in the sense that we hire those who are similar to ourselves. As well as closing the pay gap, HR needs to lead the way right from the start of the recruitment process - looking again at how job offers are made and opening salary options presented - especially in businesses where women are not traditionally well represented.

We need to highlight even more that all genders can be successful in any industry. If we want to help female graduates know their true value, whatever the business, we have to break the vicious circle that continues to peddle the notion that one gender is ‘naturally better’ at a particular skill than another. How else will women ever be able to gain the skills they need to prove that this is completely irrelevant? If the cycle continues, fewer women will enter these industries, and both the gender pay gap and the skills gap will continue to remain stretched out before us. The bottom line is that it is unlikely to be resolved while women, who make up half our workforce, continue to be discouraged - whether consciously or not - from pursuing careers in sectors traditionally considered to be male dominated.

Sadly, new research from KPMG reveals that only 37 per cent of young women feel they have the tech skills needed by today’s employers, compared to 57 per cent of men. Add to this US research that shows that 50 per cent of women working in STEM fields have left their jobs due to what they see as a ‘hostile environment’, and we’ve not just got an uphill struggle ahead but a vertical mountain face to climb.

The platitude that ‘none of this is going to happen overnight’ is probably going to be trotted out. But unless companies set clear targets, and strategies to achieve them, then women are going to continue to struggle to achieve their full potential - and the rewards, recognition and learning opportunities that their potential should rightly receive. Research tells us again and again that diverse workplaces succeed far better than those which are homogeneous at every level - from innovation to productivity. But until we get some serious discussion going around these related issues of pay and skills - not least in STEM industries - things won’t start to move forward at all.