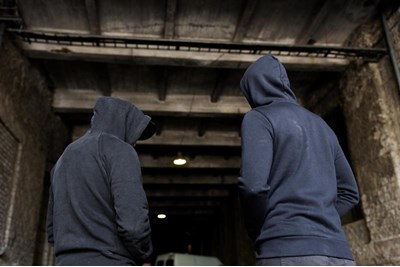 It is such a shame to see that there is a negative attitude toward apprenticeships. It is an excellent way for school-leavers to gain an understanding of the world of work and to gain valuable ...

Misconceptions about apprenticeships are rife among UK students, according to research by Arch Apprentices

Young women were found to be the most likely to view apprenticeships in a negative light, with the supposed lack of academic credibility still a concern (34%, compared to 26% of males).

Among both male (28%) and female school-leavers (34%) there is a belief that apprenticeships are only for manual jobs such as bricklayers, electricians and plumbers.

Stigma around apprenticeships has been an ongoing issue, with many organisations failing to adopt the apprenticeship levy as a result, the research stated. This is despite separate research from Barclays recently revealing that around half (48%) of graduates regret attending university.

One of the most commonly-held beliefs found by Arch Apprentices was that apprenticeships are only for those who cannot afford to go to university, with 13% of respondents believing this to be the case. This suggests a lack of knowledge about alternative routes to higher education.

As many as 89% of school-leavers also admitted they would have some reservations about choosing an apprenticeship over university. Other worries included not having an active social life (21%), being unable to secure a top job (28%), and not making their parents proud (19%).

Jason Moss, CEO of Arch Apprentices, highlighted that apprenticeship schemes are no longer restricted to particular sectors, with the route offering careers in media disciplines, IT and management.

“Over the past 10 years the change that apprenticeships have undergone has been drastic and incredibly exciting, from being traditionally associated with certain trades to now being at the heart of some of the UK’s largest media, digital and technology businesses,” he explained.

Moss added that apprentices should be seen as an attractive option for employers. “Apprenticeships are no longer the second option for school-leavers. For some companies it’s the exclusive path for schools-leavers to access their entry-level positions,” he said.

“Our learners aren’t stuck in a classroom, focusing on just the theory, they are in real jobs. They have proven to be an invaluable asset for the companies they work for.”

This new research comes as students across the UK receive their A-Level results today.

Arch Apprentices polled 1,023 students who have just sat, or within the past two years sat, their A-Level exams.

It is such a shame to see that there is a negative attitude toward apprenticeships. It is an excellent way for school-leavers to gain an understanding of the world of work and to gain valuable experience that will set them apart from other candidates with qualifications but no actual work experience. I was an apprentice within HR and my career has been extremely successful so far - I have even completed my degree part-time whilst working and this was fully funded by my employer. There are still some traditional employers that will rate education over experience, however we are seeing fewer employers take this stance.