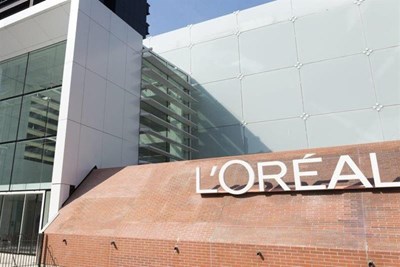 Innovation runs through the whole employee lifecycle; from recruitment to succession planning to transforming ways of working

“A lot of it starts with our history. Innovation is in the DNA of L’Oréal as it was formed by innovative French chemist Eugène Schueller (who developed the first at-home hair dye) so it’s something that’s always been part of the business and is today part of our culture and values,” says Paul Gilliam, HR director UK and Ireland at the beauty giant.

For HR this means “making sure we amplify those messages at the different touchpoints we have with employees”.

But being a creative organisation brings its own set of challenges. “As such a creative and entrepreneurial place we tend to attract and recruit creative and entrepreneurial people, which means after a period of time they look for new opportunities outside the framework of their roles,” Gilliam explains. To tackle this retention issue HR set up a concept called “extended company”, where it formed a partnership with a firm that acts as an incubator and accelerator for start-ups.

“So what we started to do was give employees the opportunity to go and work in a start-up for three to six months,” he says. “Other than their payroll coming from L’Oréal they are immersed only in the start-up; living and breathing and working in a role there.”

No-one who has taken up this secondment opportunity has left the firm yet, so it seems to be helping retain creative staff, while employees also learn new skills to bring back into the organisation. The key thing, he adds, is placing people in the right roles on their return so they can use their new skillsets and don’t feel they are returning to structured corporate roles.

Another initiative HR has launched, in partnership with the chief marketing officer and digital team, is the firm’s innovation incubator, whereby employees pitch ideas for the chance to secure funding.

As Gilliam explains, with so many innovative individuals there was a need “to find a vehicle to get the great ideas out and harness the capabilities we have”.

“We did an innovation week with a number of activities for innovation for all employees,” he says, followed by a “Dragon’s Den-style opportunity for individuals and teams to pitch ideas to senior management who would decide if the idea was worth investing in and taking forwards”.

As with the extended company initiative anyone in any role or function can take part, with great ideas coming from “classical marketeers or interns or finance controllers”.

Innovation is also celebrated in the new Entrepreneurship Awards, while all team meetings have a “dedicated spot to talk about innovation”. “If you put it on the agenda then things move more quickly,” says Gilliam.

So much is it part of L’Oréal’s spirit “innovation is a competence everyone is assessed on”. Yet Gilliam admits there is “not a simple answer” to measuring creativity and innovation in employees. “We’ve defined certain behavioural attributes we like to see,” he says, adding however that “it’s not all just about blue-sky thinking but it’s also incremental things and making small gains to realise performance”. There also has to be acceptance that, in experimentation, sometimes “things go wrong”.

“We talk in L’Oréal about people taking bets – and bets don’t always work,” he says. “So as leaders we talk openly about mistakes we make and show vulnerabilities.”

But it’s not just the business benefiting from these new innovation initiatives. Gilliam says that HR tracks employee insights into how well people feel they can contribute their ideas and innovate. “In the past year that score went up by 11 points,” he says. He puts this down to these new practical initiatives that have all been rolled out in the past 12 to 18 months. “The role of HR is two-fold,” he adds: these practical things and working with business leaders to create the right culture.

As well as innovation running through L’Oréal’s history there’s also a business imperative to keep it front and centre in future. As Gilliam points out: “We work in a hugely transformative industry so there’s lots of shifts in the landscape in terms of human behaviour, purchasing patterns, product consumption… We live in a restless age so it’s critical to be agile and adapt.”