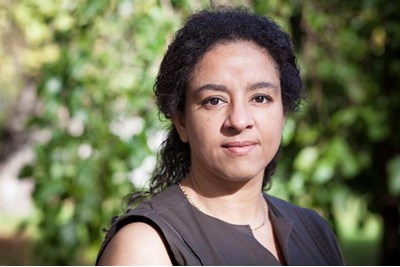 Earlier this week (29 October) the Office for National Statistics (ONS) announced the latest statistics on the gender pay gap. The figures indicated that in the year to April 2019 the gender pay gap for full-time workers rose to 8.9% – up from 8.6% the previous year. The most stubborn gap is between men and women when they reach their 50s, where the difference in pay is more than 15% and has not declined significantly over time.

And soon we will mark Equal Pay Day. This is the date when women, according to calculations by the Fawcett Society using ONS figures, effectively stop being paid for the rest of the year due to being paid less than men. This year that day falls on 14 November.

As if we needed yet more reminders of the problem, presenter Samira Ahmed has taken the BBC to an employment tribunal on equal pay, following on from China editor Carrie Gracie’s success. And there is talk of more women following suit across the BBC.

The media are unusual beasts and atypical employers in some ways. Pay is often negotiated and recruitment procedures are not always open and accessible. Often it’s a tap on the shoulder or another kind of informal approach.

However, I would argue that greater transparency around high pay, for which The Equality Trust has long argued, has raised the issue higher on the agenda. This in turn has revealed the gap between high-paid men and women in the public eye. Our own analysis on ‘Fat Cat Day’ 2019, found that female FTSE 100 CEOs were taking home on average 54% of the salaries of their male counterparts.

It is often argued that ‘light is the best disinfectant’ and that pay transparency is the answer. Hence the hailing of the publication of gender pay and gender bonus gaps. But evidence alone is only the first step.

On 29 May, the 49th anniversary of The Equal Pay Act 1970, we published From Pin Money to Fat Cats, our analysis of FTSE 100 companies' gender pay and gender bonus gaps, and CEO pay ratios and unionisation. This was not only to highlight pay inequalities, but also to galvanise unions, investors, employers and employees to address the problem. This report has allowed us to engage with FTSE 100 companies on the wider issue of equal pay, and the high risk recruitment practices that contribute to potential unequal pay issues and to gender pay and bonus gaps.

Our analysis provides a benchmark snapshot prior to the introduction of pay ratio reporting legislation, and paints a depressing picture of extreme inequality in FTSE 100 companies, with HSBC reporting a gender pay gap of 61% and Quadrant Catering reporting a gender bonus gap of 100%.

The report highlights the conviction among FTSE 100 firms that despite having large gender pay gaps, there is no equal pay gap. This is despite the use of recruitment practices that have been described as a ‘high risk factor’ by the Equality and Human Rights Commission (EHRC). The Equality Trust suggests that gender pay gaps at many FTSE 100 companies may be due to pay structures that do not rewarding men and women equally for work of equal value, and a lack of transparency in starting salaries.

Our report makes several key recommendations, including amending contradictory government guidance on equal pay, urging companies to undertake equal pay audits, and calling for the EHRC to undertake an investigation. It highlights a worrying lack of understanding among FTSE 100 companies of the mechanisms that give rise to unequal pay (which is unlawful), and of the gender segregation, or partial gender segregation, which sees women overwhelmingly represented in low-grade work – often a result of wider structural inequality and past discriminatory practices.

We know that there are many structural issues that contribute to gender pay and bonus gaps, as well as drivers such as high childcare and caring costs. But there is a lot that employers can do to make workplaces fair.

As we approach the 50th anniversary of the Equal Pay Act in 2020, The Equality Trust and other campaigners are highlighting this issue – through seminars, public actions and the release of our lifetime loss calculator for example, launching later this month.

Because 50 years is too long.

Wanda Wyporska is executive director at The Equality Trust