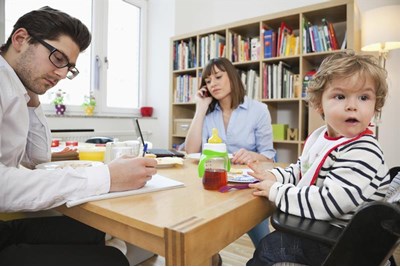 ​Working parents with children under five have seen nursery fees rise three times faster than their wages over the past decade, according to the TUC

The union's research showed that childcare costs have risen by 52% per week since 2008 for families with one full-time and one part-time working parent. Over the same period their wages have gone up by just 17%.


The situation is worse for lone parents. Childcare costs for a single mother or father working full time have risen seven times faster than earnings, the research found.

The union found this means families are left with a £4,700 annual shortfall, even after government support (including free nursery hours for some working families and the new tax-free childcare schemes).

Over the past 10 years the growth in nursery fees for families with a full-time and a part-time working parent has outstripped wages the most in the West Midlands (8.7 times faster), followed by the South East (4.5 times faster) and the North East (4.8 times faster).

The TUC has made a number of recommendations, including subsidised childcare that would start as soon as maternity leave finishes, as well as more government funding for local authorities to provide nurseries and childcare. It also called for employers to play a greater role in funding childcare, and an increase to childcare support provided by tax credits and Universal Credit.

“Britain’s cost of living crisis is having a huge impact on working mums and dads.”

Ellen Broomé, CEO of Coram Family and Childcare, said that high childcare costs mean that many working parents have been unable to work. “Successive governments have rightfully invested in childcare but, while this investment has been welcomed, many parents remain frozen out of work because of high childcare costs,” she said.

Broomé added that offering high-quality childcare has both personal and economic benefits, and said the issue should be addressed urgently.

“We know that high-quality childcare boosts children’s outcomes, benefits the economy and allows parents to make genuine choices about work and care. But in the past year alone childcare costs have risen by 7%. Urgent action is needed to make sure all parents are better off working after paying for childcare.”