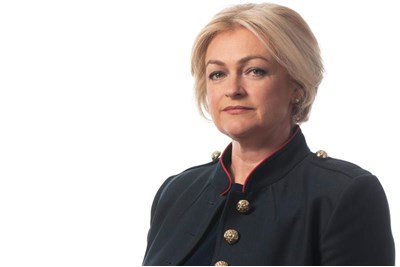 The complaints from female BBC staff, most notably former China editor Carrie Gracie, that they were not being paid equally with male colleagues was one of the headline stories at the start of 2018. Indeed, I wrote a piece last January for HR magazine warning that the Beeb’s decision to cut the salaries of male staff in response to the row could backfire. It now looks like the move to draw a line under the issue may have only highlighted it further.

The EHRC and BBC have been in 'discussions' since the row erupted, with the broadcaster agreeing to changes to terms and conditions and pay practices. According to the EHRC, however, it suspects that 'some women at the organisation have not received equal pay for equal work'. The EHRC launched the investigation, using its powers under the Equality Act 2010, to 'examine formal and informal pay grievances raised with the BBC by staff to determine if there has been unlawful pay discrimination and whether grievances have been adequately resolved'.

The potential problems for employers here are plentiful.

The EHRC has a range of unique legal powers at its disposal which, in recent instances, have tended to involve guidance and assistance to organisations in the form of agreements. Examples in the last few months saw Police Scotland, Rainbow Theatre Productions and Go-Ahead London enter into agreements with the EHRC to safeguard their employees against various discrimination issues.

The EHRC, however, has a lot more clout and further powerful mechanisms at its disposal. It can engage in court action, including to provide legal assistance to victims of discrimination or intervene in or institute legal proceedings (including judicial reviews), and to make applications to court for injunctions. This includes employment-related issues and, with previous stories of female presenters considering legal action, the EHRC has the potential to insert itself into the process, especially if the BBC’s previous statements are seen as a de facto acknowledgement of pay inequality, as the organisation did when announcing the settlement with Gracie last June.

The EHRC expects to conclude its report before the end of the year. The investigation could prove an indication of a new direction in terms of just how far it is willing to intervene in addressing employment discrimination claims.

An investigation from the EHRC, like any allegations of discrimination, can always have a detrimental repetitional impact. But the body has largely relied more on its bark than its bite in an enforcement sense.

However, the potential for the EHRC to become much more proactive in pursuing actions against organisations across the board, echoing the approach of the Equal Employment Opportunity Commission (EEOC) in the US, is certainly there. A quick look at the EEOC's news feed shows the regulator is no shrinking violent when it comes to pursuing lawsuits. There are scores of settlements – ranging from the tens of thousands into the millions of dollars – with organisations that have faced legal action from the EEOC.

The EHRC also has a stellar lineup of legal counsel at its disposal, with some of the country’s leading barristers and an array of QCs on its panel.

If the EHRC does up the ante in its regulatory capacity and follow the EEOC lead, a great many employers will be wary of finding themselves on the EHRC's radar. This is especially pertinent for those outfits with 250 or more employees that are reporting a gap in gender pay (the government is also consulting on potential future pay gap reporting based on ethnicity, which may be a further consideration).

While there are usually a multitude of complex and often highly personal reasons for gender pay gaps that may well have nothing to do with discrimination, major discrepancies in the statistics could result in employers coming under scrutiny from the EHRC.

Jules Quinn is a partner at King & Spalding