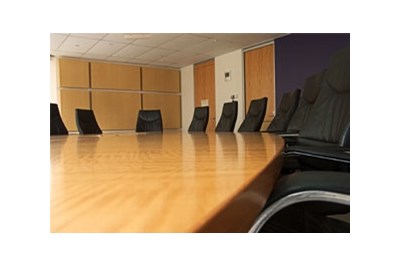 I am surprised at the over 65's wasted more time due to not understanding the task that they were given, and being the least likely to ask for help. I would of thought that as this age group would ...

Employers have been warned poor communication between line managers and employees could hamper UK business recovery in 2010, with almost half of employees reporting they are often unsure what their manager expects of them.

A study of 4,000 employees showed almost half (46%) were unsure of what was being asked of them by their line manager when given tasks and over a third (37%) experienced this uncertainty between one and three times a day.

Employees estimated this resulted in up to 40 minutes of wasted time per day - the equivalent of 83 employees in a company of 1,000 doing nothing every day.

Employees cited the main reasons for the disconnect as managers wrongly assuming they knew what they were doing when delegating tasks (56%) and line managers explaining things in a way they did not understand (30%).

Workers felt a communication divide could have serious business implications, including low staff morale (61%), confusion for the company's clients or customers (60%), and loss of business (31%).

But less than two thirds (64%) of senior managers felt understanding between colleagues was vital to business success compared with 90% of junior staff and 87% of middle managers, while workers in logistics and financial services waste the most amount of time each day by not understanding what is asked of them.

The research also showed miscommunication was experienced most among older workers with more than a fifth of over 65s admitting to wasting between 40 minutes and an hour each day because they did not understand what they were asked to do - longer than any other age group. However, they were also found to be the age group least likely to ask for help (18%) and those who most felt line managers explained things in a way they did not understand (39%).

The over 65s had the highest level of communications problems with colleagues, with 22% stating they had issues with more than a third of their co-workers while only 8% of those in the 18-30 and 31-45 age groups felt the same.

James McCarthy, CEO of Think Feel Know Coaching, which carried out the research, said: "2010 is predicted to be the year of the recovery so businesses need to get themselves into prime position to make the most of this. Miscommunication impacts retention, morale and the bottom line so now is the time to address these issues and become strong for the year ahead."

I am surprised at the over 65's wasted more time due to not understanding the task that they were given, and being the least likely to ask for help. I would of thought that as this age group would have much more confident in a role due to experience that they would be more likely to ask for help, Also this age group stating they have more issues with there co-workers, than any other age group, Could be due to more younger people in there area that they do not have so much in common with on a personal level. The way different age groups do communicate does vary..