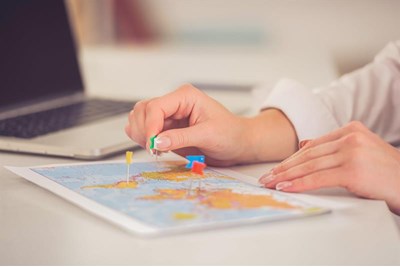 A new fast-track Health and Care Visa will be coming to the UK as part of forthcoming plans to move to a points-based immigration system.

Announced by home secretary Priti Patel in a written statement to the House of Commons on 13 July, the visa is included in a document that also outlines the main economic migration routes for those wishing to work, study or set up business in the UK after 31 December 2020, when the new bill comes into effect.

From 1 January 2021, there will be no cap on the number of people that can be recruited from overseas and there will be no need to advertise the vacancies, which will make the process quicker for sponsor license holders.

Details about how points will be awarded under the new system were also reiterated, and the Home Office has committed to working with specialists to draw up a list of shortage occupations so higher points can be awarded to those professionals most in demand.

Yet experts and employers have been left with more questions.

Jonathan Beech, managing director of immigration law practice Migrate UK, told HR magazine that he is concerned that changes to the license application process are not being communicated by the Home Office - which could mean that employers looking to hire overseas next year will be unprepared.

He said: "Considering less than 3% of UK employers have a licence, this is going to be a huge task for employers and the Home Office to undertake."

Beech also noted the lack of immigration routes for those industries considered "lower skilled" like hospitality.

He added: “It is likely that sectors such as hospitality and agriculture will need to attract overseas students, as under the proposed Graduate Route to be introduced from the summer of 2021, international students will have the opportunity to stay in the UK to work or look for work after they graduate for at least 2-3 years."

For the healthcare sector, the announcement of Health and Care Visas was welcomed by NHS trusts according to a statement by Saffron Cordery, the deputy chief executive of NHS Providers. However, Cordery said, "the lack of support for the social care workforce is concerning."

She added:"[…] The new points-based system is likely to exacerbate the workforce crisis in social care, with the temporary visa route removed and the vast majority of social care professionals, still implied to be ‘low skilled,’ and therefore ineligible to apply for a Tier 2 visa."