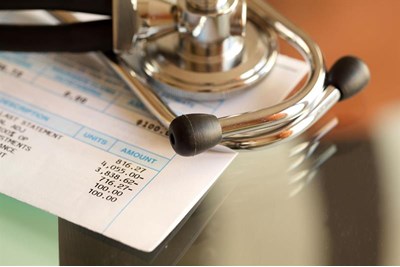 Introduced in April 2015, the IHS is a mandatory fee required from visa applicants from countries outside the European Economic Area (EEA) or Switzerland in order to access NHS services. While certain categories of applicants are exempt, such as asylum seekers and family members of EEA or Swiss citizens, most visa applicants are required to pay the IHS when they submit their applications. The IHS has to cover the entire period of the visa, with the consequence that a longer visa results in a higher surcharge. All applicants, including those with private medical insurance, have to pay the IHS.

Until this recent increase the IHS was set at £200 per person per year or £150 per person per year for students and those on the Youth Mobility Scheme. The IHS has now been doubled to £400 and £300, respectively. This means that a family of four applying for a five-year visa will now have to pay £8,000 instead of the £4,000 required previously under the old fee structure. As the IHS has to be paid upfront and cannot be spread over the course of the visa, this represents a significant and immediate cost at an initial stage of the application process.

Although the government announced its intention to double the IHS early last year, it gave only short notice of the precise date on which the increase would come into effect. This meant that applicants and businesses had little time to plan ahead, file their applications and mitigate their costs. For work visas this cost has typically been paid by the employer, but we may now find that more wish to pass this cost on to the employee for them and/or their dependants.

The government has justified the IHS increase by pointing to a study that estimates the NHS spends on average £470 per person per year on treating those who would be required to pay the surcharge. This increase aims to bring the IHS in line with this cost. The government has further noted that the IHS has raised more than £600 million since its introduction and that this recent increase is expected to raise an additional £220 million per year for the NHS.

However, most migrants already pay for the NHS just like any other UK resident through their National Insurance contributions and other taxes. By requiring them to pay the IHS on top of these general taxes the government is effectively making visa applicants pay for the NHS twice over.

Businesses looking to sponsor foreign employees will have to take the increased IHS cost into account when budgeting for their visa applications. In addition, employers who are sponsoring Tier 2 visas will have to pay the Immigration Skills Charge. This accumulation of fees has significantly raised the cost of sponsoring skilled foreign workers and will place an additional burden on UK businesses that are already facing an unstable economic environment due to Brexit.

Employers who had been looking to move employees to the UK may choose instead to send their workers to another country. Alternatively they may pass these costs on to the employee, who may then be discouraged from relocating to the UK. Regardless of who pays, this could diminish the UK’s appeal to foreign skilled workers. With higher immigration fees for non-EEA workers, fewer EEA workers choosing to move to the UK, and UK unemployment at its lowest rate in four decades, hiring and employing workers in the UK is set to become more expensive.