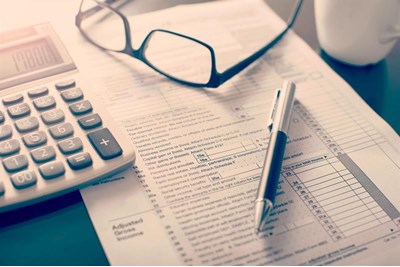 On 20 July the OTS published a paper suggesting that the government should compel gig economy platforms, such as Uber and Deliveroo, to offer to deduct tax from earnings and transfer it to HMRC. But experts have warned that the move could create further confusion over people's self-employed status.

Gig economy workers are self-employed taxpayers, meaning that they generally do not have to contribute as much in the way of National Insurance payments. However, they also have more compliance responsibilities, with significant tax bills at the end of the financial year.

The OTS hopes that the move will ease the burden on gig economy workers while increasing payments to the Exchequer. It said that participation in the scheme should be voluntary for individuals, but conceded that if many choose to opt in to a PAYE system of tax collection this could cause confusion between self-employed and employee status.

There have been a significant number of cases of gig economy workers challenging their self-employed status over the past few months, including Pimlico Plumbers and Hermes.

Samantha Hurley, operations director at the Association of Professional Staffing Companies (APSCo), said we could see further cases of gig economy workers challenging their statuses if the government takes up these recommendations.

“While withholding tax was suggested as an option in a previous consultation, HMRC has ruled this out, telling us that it feels a system of withholding tax from everyone and then expecting those who were genuinely self-employed to claim back wrongly-paid tax would be inherently unfair," she said.

"This new recommendation is slightly different in that it suggests withholding tax from workers who are determined as self-employed. Consequently, it is likely that the end client would need to undertake a status determination."

“We see two major potential downsides," he said. "The proposals are specific to gig economy workers working for platforms like Deliveroo and Uber, but this won’t capture all self-employed workers and runs the risk of creating more discrimination in an already complex arena."

“The other key point is this system wouldn’t remove the tax administration burden from self-employed workers as the OTS’ proposal says it will," he said. "Their affairs would remain complex as, while tax would be deducted upfront, they will still need to claim back tax paid on expenses via their tax return. For people new to self-employment having to deal with preparing and submitting accounts, and making the right payments, can be something of a minefield."

He added that efforts to better regulate the nation's burgeoning gig economy shouldn't be abandoned entirely, however.

"The proposals as they stand would have a limited impact in this respect but they shouldn’t be dismissed out of hand. Any moves to improve the mechanics of the UK’s growing gig economy are a step in the right direction.”