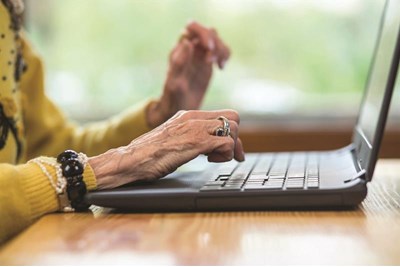 The state pension age must be raised to prevent social security becoming “unaffordable”, according to Patrick Spencer, head of the work and welfare unit at think tank Centre for Social Justice (CSJ).

At the end of August the think tank proposed that the state pension age should rise to 75 over the next 16 years, in line with a rise in life expectancy. It recommended that the retirement age should go up to 70 nine years from now, as the change is phased in.

While there are no formal plans to introduce the recommendation as policy, the think tank’s previous ideas have proven influential. The CSJ laid out the blueprint for Universal Credit in 2009, which was rolled out in 2013.

“The proportion of people who are over the age of the state pension has doubled. This presents us with a number of economic issues, not least the fact that we will no longer be able to afford a social security system,” Spencer told HR magazine.

Will Stronge, co-director of think tank Autonomy, said the CSJ’s proposal is morally and economically flawed.

“Why are we talking about using older people as an economic boost, and not about better technologies?” he asked. “We have some of the lowest levels of investment in robotics and machinery in the EU. It doesn’t make sense as an industrial strategy to put over-65s, who will often be quite frail, back in to work again.”

Stronge called on employers to be vocal in questioning the proposal: “Everyone’s going to retire at some point, and even CEOs should be saying ‘we don’t want a future where we’re working until we’re 75’. This is in the interests of everyone. Employers have an important part to play in how society functions.”

Adapting to an ageing workforce is a mounting concern for the HR profession. Research last year by the Centre for Ageing Better found a quarter of employers (24%) feel unprepared for the growing number of older workers.

Spencer commented that raising the pension age won’t be effective without other policies in place: “It will only work if we provide more access to occupational health, flexible working and training, and better workplace infrastructure. These things are hugely important.”

He added that the ethics of this issue are “complicated”. “There is more to being compassionate than just pumping more money in to the social security system,” he said. “Compassion can also be about creating an economy and society where people aren’t faced with feeling like they don’t want to or can’t work.”

But Stronge predicted that such a policy could be disastrous for the Conservative party: “If you seriously proposed a future of work where people would have to work for an extra 10 to 15 years… This could be on the level of the poll tax that ended Margaret Thatcher.”

Spencer argued the public would respect the move, however: “Do I think there is a political cost to this? I don’t. This isn’t about working until you drop, or squeezing out more tax revenue. It’s about creating an economy that is more prosperous and a society that is richer.

“People respect the fact that this is a reality… and it’s the right thing to do.”