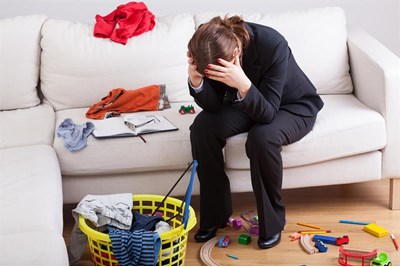 It's not just parents who work long hours! What about all the people who are not parents? They work long hours too! Do they not matter? The have lives too!

Many parents are obliged to work far over their contracted hours because of increasingly intense workloads or because they feel it's expected of them, according to the Working Families and Bright Horizons 2018 Modern Families Index.

Additionally, 28% reported that their work leads to arguments with their partner. Working overtime was also linked to eating less healthily for 38% and doing limited exercise for 42%.

Such experiences are leading parents to pull back from career progression, the study found, meaning working parents are suffering a career ‘parenthood penalty'.

Nearly one in five (18%) reported they have deliberately stalled their careers, more than one in 10 (11%) have refused a new job, and one in 10 (10%) have rejected a promotion, because of limited work/life balance opportunities.

“Parents are responding to the pressures on them by acting – deliberately stalling and downshifting their careers,” commented Sarah Jackson, chief executive of Working Families. “With more than 11 million working parents in the UK our economy can ill-afford this ‘parenthood penalty’. Our findings should be a wake-up call for UK PLC.”

Although the right to request flexible working was introduced in 2014, 46% of parents did not work flexibly despite the majority wanting to, the Working Families and Bright Horizons study found. Fewer than half (44%) felt that flexible working was a genuine option for parents in their workplace.

Where parents were able to work flexibly this hadn’t necessarily gone far enough in improving work/life balance. More than a third (37%) of parents working flexibly said they felt burnt out all or most of the time (compared to 27% of those that said they don’t work flexibly). Nearly one third (31%) had restricted or no control over where they worked, a quarter (25%) over their working hours, and a fifth (20%) over their start and finish times.

“We need a more widespread, genuinely flexible approach to work. But on its own flexible working is not enough if all it delivers is the flexibility to manage a bumper workload,” said Jackson.

“We need human-sized jobs that allow parents to fulfil their labour market potential and give families back the time together they need to thrive. This should be central to the government’s forthcoming review of its right to request flexible working legislation.”

It's not just parents who work long hours! What about all the people who are not parents? They work long hours too! Do they not matter? The have lives too!