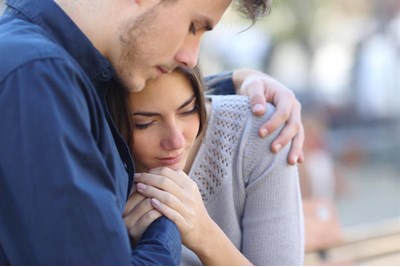 ​Parents who suffer the loss of a child will now be entitled to two weeks’ paid statutory leave under the Parental Bereavement Leave and Pay Regulations, known as ‘Jack’s Law’

Business, energy and industrial strategy secretary Andrea Leadsom announced that the new regulation will come into force on 6 April.


The UK will become the first country to have the right to two weeks off after the death of a child (under the age of 18), or after a stillbirth from 24 weeks of pregnancy.

Parents employed for six months or more will be able to claim statutory pay for this period.

“It’s great to see the government support and push through legislation that supports parents during an incredibly devastating and difficult time,” Ingrid McGhee, partner and employment law specialist at Weightmans, told HR magazine. “The UK is leading the way as the first country to offer two weeks' leave and pay – it’s the longest period offered worldwide and may influence the approach taken by other countries going forward.”

The new law will mean that a parent who loses a child will be able to take leave as either a single block of two weeks, or as two separate blocks of one week across the first year after the death.

“This is a positive step in clearly establishing that work and private life are becoming increasingly interlinked – the two must go hand in hand to support the other. Employers should remember they are free to offer additional enhanced support, but we welcome the clarity that the regulations will provide on what they should be doing as an absolute minimum at such a distressing time,” added McGhee.

Neil Tonks, legislation expert at MHR, also welcomed the new legislation, but pointed out some parents may need more time.

"The new law is to be welcomed as it sets a minimum level of support parents can expect when they suffer this traumatic event,” he said.

“However, two weeks isn't very long and many people will need more time than this before they're able to return to work. These cases should always be dealt with compassionately by employers but sometimes aren't and, in that sense, it's unfortunate that this new law is needed at all."

Clea Harmer, chief executive at stillbirth and neonatal death charity Sands, said: “Having the legal right to two weeks of paid leave will make a big difference to bereaved parents affected by stillbirth or neonatal death; so we are very pleased that they have been specifically recognised in the Act.

“All employers need to ensure they know about this important change in the law and what additional support they can offer to bereaved parents in their workplace, as this is vital time for them in their grieving process,” added Harmer.

The law has been named after Jack Herd, whose mother has been campaigning for reform since his death at 23 months in 2010. She began campaigning when Jack’s father was only allowed three days’ leave after the accident, one of which had to be used for the funeral.

What does this mean for HR?

Hayley Trovato, a senior associate solicitor in the employment team at ORG Stock Denton, said that the new law will mean HR managers have a statutory framework to work with that will give employers a more structured and supportive way to help employees deal with the devastating loss of a child.

Trovato added that employers should be compassionate and think about what they can do to support a parent on their return to work following a bereavement. She suggested that they offer flexible working hours or perhaps a phased return.