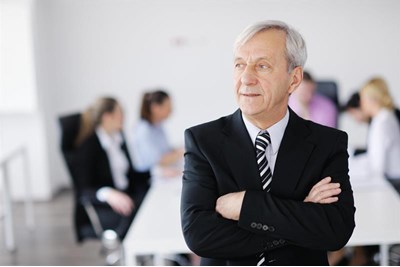 Older workers feel unsupported by their employers, despite estimates that a third of the UK workforce will be aged over 50 by 2020

Almost two-thirds (63%) of workers aged over 50 in the UK are planning to retire later than they thought they would 10 years ago, according to research from Aviva.

Many of them are extending their working lives because of the rising cost of living (40%) and insufficient pension savings (38%).

Despite these plans to carry on working longer, 44% feel unsupported by their employers when it comes to their career ambitions and objectives, compared to just 25% of 25- to 34-year-olds who feel this way.

Progress has also been slow in helping older employees adapt to a longer working life. Factors, such as the ability to work flexitime, have only increased slightly from 12% in 2012 to 14% in 2018. Meanwhile access to other forms of workplace support – including guidance on retirement finances – has remained static.

The research highlighted the benefits of supporting an ageing workforce. For older workers who do have access to support, three-quarters (75%) agree it was useful, with a fifth (21%) stating workplace support played an important role in their later-life planning.

When asked what form of support they would find useful from their employer, 14% said the ability to reduce working hours or flexitime; 9% said written literature on the financial issues surrounding retirement; 11% said free, independent financial advice; and 6% said a dedicated staff member to talk to about the issues.

With a third of the UK workforce set to be aged over 50 by 2020, businesses are being urged to increase their commitment to older employees. Lindsey Rix, managing director of savings and retirement at Aviva, encouraged employers to provide more support.

“Millions of people are facing up to the realities of longer working lives on a daily basis. Working for longer brings opportunities and challenges in many areas of life, which means that supporting staff beyond the age of 50 has to become about much more than just financial planning,” she said.

The study also suggests employers could be overlooking the skills and experience their older workforce can offer. It revealed that those over the age of 50 are more confident about their ability to keep up at work (41%) and their relevant skillset (37%) than their younger counterparts (36% and 33% respectively for those aged between 25 and 34).

“Our findings suggest that older employees have a lot to offer at work, despite the challenges they face around workplace support. To make the most of this employers need to provide rounded support for this generation where their wellbeing and work-related needs are considered alongside the financial challenge of saving for retirement," Rix added.

She called on the UK government and organisations to collaborate to help people have happier working lives as they age.

“We recently piloted a Mid-Life MOT within Aviva for some staff to help give them a greater sense of clarity and control over the choices they face beyond 50. We urge government, employers and industry to work together to encourage people to sustain longer, productive and healthy working lives while considering their financial position," she said.