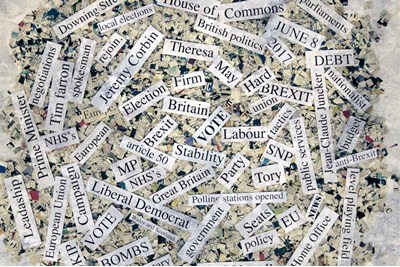 The Liberal Democrats are proposing £10,000 for every adult to spend on training in the latest round of workplace-related pledges from the three major parties

The Lib Dems have proposed to offer every adult in the UK £10,000 towards skills and training if voted into power in the upcoming election on 12 December.

The Lib Dems said the policy would be paid for by reversing government cuts to corporation tax, therefore returning the business levy to its 2016 rate of 20%. The plan would only apply to England as education is devolved to other nations.

Employers and local government will also be able to contribute to the wallets, and free careers advice will be given to people so they can decide how they should best use the funding. The courses would be regulated and monitored by the Office for Students.

Lib Dem business spokesperson Sam Gyimah said: "In an ever-changing workplace people often need to develop new skills, but the cost of courses and qualifications shuts too many people out."

He said his party would "create a new era of learning" for adults through the plan, and "empower people to develop new skills so that they can thrive in the technologies and industries that are key to the UK's economic future and prosperity".

The plans follow last week's (8 November) pledge from Labour that it would deliver a "step-change" in women's working rights if it wins the general election. It pledged to increase statutory maternity pay from nine to 12 months so new mothers can spend a full year with their baby without having to worry about finances during the final three months of their leave. It would also increase the period that parents can share their parental leave, it said.

The party also pledged to lower the gender pay gap reporting threshold to workplaces with more than 50 employees by the 2020 reporting year, and to fine organisations that fail to publish their pay gaps.

Reiterating its pledges around better supporting women experiencing the menopause, the party pledged to bring in a requirement for large employers to have a menopause policy. It pledged that it would require employers with more than 250 staff to: train line managers on the menopause and what adjustments might be necessary; introduce flexible working policies that cater for women going through the menopause; introduce flexible absence procedures; and carry out risk assessments to consider the specific needs of menopausal women.

Other policies it would bring in include: the reinstatement of third party harassment provisions under the Equality Act, which would make employers liable for harassment by clients and customers; a six-month timeframe for an employment tribunal claim to be brought, up from the current three months; the requirement for employers to publish a sexual harassment policy on an external website; and the right for all workers to choose working hours that suit them, with employers required to provide evidence that a job is not suitable for flexible working.

Dawn Butler, Labour’s shadow secretary for women and equalities, said that workers will be given a “presumption in favour of flexible work”, putting the onus on employers to explain why if they can't offer this.

Labour has also pledged to launch a National Education Service if voted in, which the party said would be “free at the point of use” and “open to all regardless of age, background or circumstance.”

The aim is to stop the “catastrophic fall” in adult learning, the party stated. Labour’s Lifelong Learning Commission quoted figures from the Institute of Fiscal Studies showing that adult learning fell by 45% from 2009/2010 to August 2019.

The Conservatives have pledged a range of initiatives, including a recently-announced National Retraining Scheme, designed to help adults whose jobs are at risk of automation. The scheme will initially support adults who are already in work, are over the age of 24, do not have a qualification at degree level, and are paid below a certain threshold.

The party said the scheme would involve tailored careers advice, skills training (which will focus on English and Maths), and in-work vocational training.

At last month’s Conservative party conference in Manchester, chancellor Sajid Javid also said that the party would raise the National Living Wage (NLW) to £10.30 by 2024. In September the government also pledged to bring the age threshold for the NLW down to 21.