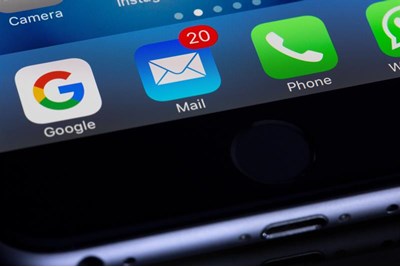 Unclear guidance could be causing workers to break furlough as nearly 7 in 10 workers in a Censuswide study have admitted to checking their work inbox during their furlough period.

A further four in 10 have admitted to responding to emails while on furlough.

Anxiety was listed as the main reason employees were checking their inbox, as almost almost 60% of the 1,000 furloughed respondents said they felt anxious when thinking about their emails, either ‘sometimes’, ‘often’ or ‘always.’

For half of those that reported feeling anxious, concerns were attributed to missing time-sensitive communications from colleagues and/or clients.

Forty-nine per cent also expressed anxiety about having to filter through all received emails upon their return to work.

A lack of clear guidance may be partially to blame for this anxiety, with 40% of employees saying they had no advice from employers on what would or would not be acceptable during the furlough period.

Eleanor Deem, founder of consultancy business face2faceHR, pointed out that specific government guidance about furlough rules was not released until two months after the scheme was announced.

She said: “This is leading to many employers not even feeling able to give specific instructions to their staff.”

“This level of anxiety increases a craving for information which makes avoiding looking at emails very difficult.”

In order to help rid employees of this anxiety, HR departments across the UK have been implementing specific communications channels to keep furloughed employees informed throughout the period.

Stu Sjouwerman, CEO of KnowBe4 which commissioned the Censuswide study, added: “Organisations should be as clear as possible in all communications to employees about what is expected of them -- even in times where they have been placed on furlough. This will help to ease employees’ anxieties and ultimately create a stronger workplace.”

The Censuswide study of email access was conducted between 14 and 18 May 2020 on 1,000 furloughed employees in the UK.