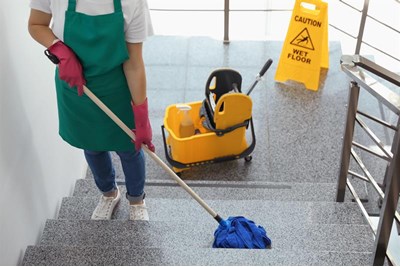 ​Employers should focus on improving conditions for all workers, says the CIPD as its research finds insecure work is not as prevalent as people think

Employment insecurity affects many but overall work in the UK is as secure as it was 20 years ago, according to research from the CIPD.

Its report Megatrends: Is work in the UK really becoming less secure? analysed Office for National Statistics data and found that non-permanent employees – which includes the self-employed, temporary workers, unpaid family workers and those on a government training scheme – make up 20% of the UK workforce, a share that has not increased since 1998.

The casualisation of work has received increased media attention over the past few years, with companies including Deliveroo and Uber coming under fire from unions and campaigners for low pay, irregular hours and unclear employment statuses.

However, the share of ‘involuntary’ temporary workers (defined as those who would rather have a permanent job) is highly cyclical and ebbs and flows with the economic climate, the researchers noted.

The research also drew comparisons between the UK and the EU on various measures of employment security, finding that the UK has a low figure for non-permanent employment compared to other EU countries. However, it also has a more unequal wage structure and a higher share of low-paid jobs than most EU states.

The report said that, while it’s important to improve the conditions and rights of people working atypically, policymakers need to focus more attention on improving the quality of employment for people in ‘regular’ jobs by doing more to address the causes of low pay and preventing discrimination at work.

Commenting on the report, Ben Willmott, head of public policy at the CIPD, said: “This report counters some of the common rhetoric that employment in the UK is becoming more insecure. On a wide range of indicators the evidence suggests that, overall, employment security has remained broadly stable over the past two decades with very little evidence of any big structural increase in casual and insecure work. Increases in employment insecurity where they have occurred seem to be cyclical, linked to economic downturns, rather than a long-term trend."

Willmott said that this means job quality overall should be a priority for employers and the government: “This suggests more attention should be paid by policymakers and employers to improving job quality and workplace productivity across the economy to tackle problems such as low pay and discrimination, not simply on improving the rights and security of atypical workers, important though this is.”

He added that the government needs to offer support for employers on how to improve work, as part of its Industrial Strategy. “The government needs to outline in its Industrial Strategy additional measures to work with employers to improve how people are managed and developed," he said. "For example, through ensuring sector deals are contingent on plans to improve leadership and people management practices, providing enhanced business support to small firms, and improving labour market enforcement.”

The research follows the UK’s first Good Work Standard being introduced on 29 July, which will accredit businesses as good employers. It was launched by mayor of London Sadiq Khan in partnership with a number of organisations, including the CIPD.

London-based companies participating in this voluntary scheme will be measured against a set of criteria including fair pay, working conditions, employee wellbeing, the availability of skills training, progression and diversity in recruitment.

A number of employers including EY, KPMG, London City Airport, the Metropolitan Police, Transport for London and the London Fire Brigade have already been accredited. The standard has been heralded as a potential template for other metropolitan or local authorities.