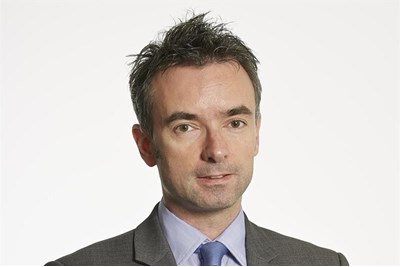 A recent employment tribunal decision looks at some of the mistakes well-known fashion chain Primark made in relation to a transgender employee. Unusually, the tribunal that heard the case made a set of official recommendations that Primark should follow to help avoid the same problems in future. They are recommendations that all employers can put into place.

The claimant in this case was a transgender woman. She used a female name in her day-to-day interactions with people (Alexandra), but her official documentation was still in her birth name (Alexander). Primark did its identity and right to work checks in her birth name (since that was what was on her official documentation). The claimant was registered on Primark’s HRIS under her birth name. While the HRIS allowed someone to select a 'preferred name' the rota sheets in the store only used the registered name, so she appeared on the store rota sheets as Alexander.

This was the start of the claimant’s problems at the store. Despite her objections her supervisor called her Alexander. Other colleagues gossiped about her. A colleague allowed a male electrician into the ladies' toilets on the basis that “there are no ladies in there”, despite knowing that the claimant was in the toilets. The claimant’s grievance about that was dismissed. She was described as “evil” by other members of staff. Eventually she resigned and claimed to have been constructively dismissed and discriminated against on the basis of her gender reassignment. The tribunal found that she had been constructively dismissed and subject to gender reassignment discrimination, and awarded her £47,000 in compensation.

There was no excuse for the behaviour of the claimant’s supervisor and colleagues, but the employment tribunal recommended that to try to avoid such problems Primark should set up a formal policy on confidentiality in respect of new or existing employees who had undergone or were undergoing gender reassignment. And that all recruiters within the business should be made aware of the policy. Its equal opportunities, diversity and other anti-discrimination materials and training should be updated to include reference to gender reassignment, and training on grievance handling should be improved.

The tribunal was very clear about what had led to the claimant’s problems, saying: “All this may well have been prevented had there been proper systems from the outset to preserve confidentiality for transgender employees. We find it shocking that [Primark] could not devise a way of keeping the claimant’s legal name off the [rotas] and out of the knowledge of her supervisors. [Primark] also ought to have been able to devise a system whereby only one or two people in HR and payroll were aware of the claimant’s transgender status… [Primark] showed a complete lack of understanding from the beginning as to what was required.”

This isn’t just about transgender employees. A person’s name and other personal details may be significant for other protected characteristics, such as religion, sexual orientation or marital status. While Primark’s HRIS included the option for a preferred name it was not using it correctly. Although not referred to in the judgment, when the GDPR comes into force in May that will only reinforce the idea that people should only know personal details that they have a need to know.

Every HR professional needs to ask themselves: does our HRIS have a preferred name function and are we using it correctly? Do our anti-discrimination policies properly reference gender reassignment discrimination and the need for confidentiality in those circumstances? And do operational staff have greater access than they really need to information on the HRIS? If it can happen to Primark it can happen to any employer.