Is followership as important as leadership? 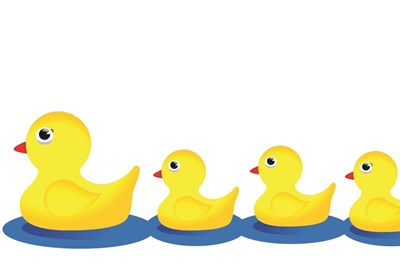 The concept of followership is often neglected in business, but is just as important as its other half leadership

The subject of leadership has spawned a veritable industry. A flood of theories, analysis and commentary, presented in enough books, academic papers, journalism and blog posts to persuade an AI algorithm tasked with counting them all to down digital tools and go on strike.

It seems we’re all fascinated by leadership, and with good reason. But shouldn’t we be just as obsessed with the other side of the coin? After all if someone leads others follow.

We live in an era of diminished faith in political and business leaders. Examples of bad leadership are splashed across headlines every day.

Demand for greater organisational transparency has risen out of the growing influence of social media and the entry into the workplace of younger generations, all meaning that today’s employees are more willing and able to hold leaders to account than in the past. At the same time individual workers – or followers – expect more autonomy and control in their roles.

So with leaders frequently the object of criticism and scorn, should HR be paying greater attention to followership?

Followership is certainly not a new concept, but it’s a contentious one that has been slow to gain traction in the business world.

A May 2019 article in The Economist recounted a notable soirée at the Santa Monica beach house of contemporary leadership studies guru Warren Bennis back in 1997.

At the end of a presentation on leadership by one participant, another towering figure in the field of management studies, Peter Drucker, got to his feet and told the assembled gathering: “I don’t know why people are so fixated on the subject of leadership. What we really need to think about is followership.”

In the two decades since, however, there certainly hasn’t been any kind of followership revolution. Moreover, there remains some ambiguity over its precise meaning.

“Followership is in the early phases of conceptualisation, with the earliest definitions based on notions of passivity and obedience and with much reliance on what is understood by ‘leadership’,” says Rachael Thompson, senior lecturer in the corporate and executive development department at Newcastle Business School, Northumbria University, and chair of the Followership Learning Community at the International Leadership Association.

“For instance, in one interview I held it was described to me as ‘the person that has a leader’. Not necessarily the most appealing. However, looking to contemporary understandings we can begin to appreciate followership as more than ‘followersheep’ – as Marc and Samantha Hurwitz note in their book Leadership is Half the Story.”

Thompson and the Hurwitzes have been prime movers in organising the first Global Followership Conference set to take place at the University of Waterloo in Canada this July. Marc Hurwitz, lecturer and associate director of undergraduate studies at the Conrad School of Entrepreneurship and Business at Waterloo University, has been involved in the business of followership and collaboration for around 15 years. He likes to define followership as the flip side to leadership. He suggests visualising it as a couple dancing, where if one person is leading the other is following, and where without both dancers being competent at their roles and understanding what the other is trying to accomplish, the partnership doesn’t work well.

So is followership as important as leadership to organisational performance? Hurwitz is adamant it is. He claims studies show that strong followership is associated with 17% to 43% of improvements in virtually every organisational metric imaginable, including work output, quality, customer satisfaction and employee satisfaction. He also asserts it is the “hidden” criterion that accounts for 30% to 50% of performance evaluations, and is thus crucial for personal success.

Yet not everyone is enamoured with the notion. Kate Cooper, head of research, policy and standards at The Institute of Leadership & Management doesn’t believe the term is fit for purpose. She prefers ideas of collaboration and a recognition of the fluidity of power dynamics between those who are ‘led’ and those who ‘follow’, as nearly all employees are accountable and answerable to someone. We should recognise that leadership happens at every level and offer everyone the opportunity to step up and assume ownership of the part they play in the organisation’s success, Cooper believes.

“I think the word ‘followership’ is unfortunate; it is just such a less-than concept,” she says. “We hear all the time of collaborative distributed leadership but those terms don’t easily lend themselves to followership and not enough attention is ever given to the ebbs and flows of power in relationships. One has to question where the drive for this [followership] is coming from – it seems slightly narcissistic. ‘People are not obeying me therefore I’ll send them on a course.’ Why would anyone want to go on a course to learn how to obey?”

Roger Steare, corporate philosopher in residence at Cass Business School, City University of London, has a different take. To him followership has a crucial place in business success. But examples of organisations taking this seriously are few and far between, he says. “Followership is the yang of leadership yin,” he says. “It is critical to the success of any human community, but sadly is as lacking in the workplace as true leadership. This is because most leaders boss rather than lead, and so robotic compliance replaces followership.”

Steare explains that very few organisations focus on followership because most are designed to be top-down, controlling, coercive and “feudal” environments. Real followership, he adds, requires a willing decision to follow a true leader who inspires hope rather than fear.

Current organisational structures and attitudes are making it very difficult for HR to make a success of followership, Steare feels. He provides the following provocative example: “One NED recently described HR in his bank as the Gestapo enforcing the tyranny of the corporate aristocracy. Even if they wanted to, HR professionals have no power to make followership a reality until they persuade their boards to redesign the workplace to be both democratic and just. The only exceptions to this are the individual leaders and teams that practise leadership and followership in spite of a coercive organisational design.”

Hurwitz acknowledges these obstacles and the criticisms levelled at followership, which he notes is sometimes dismissed as the unspeakable ‘f word’. He, like Steare, notes that take-up of followership development has been slow.

“We’ve worked with a very successful franchisee to help their restaurant managers learn and develop followership skills,” says Hurwitz. “We’ve also worked with municipal and federal government agencies in Canada and abroad. I can’t think of a single large multinational that has adopted it yet... which is odd.”

In his opinion, if HR is serious about developing this concept in an organisation, the worst thing to do is simply tell others to be better followers as that comes across as self-serving.

Instead followership needs to be rewarded and baked into HR, from recruitment to promotion. Hurwitz points to one of his clients who introduced into hiring the question: ‘are you a better leader or follower and why?’ Only one candidate answered ‘follower’ and gave a cogent reason; she discussed how it was important for her to deeply understand what her boss needed to be successful and to figure out how to deliver it. She got the job.

HR needs to recognise that being a follower is a critical role in its own right, Hurwitz adds.

“While some people say that you have to be a good follower to become a good leader this isn’t strictly true,” he explains. “But it is true that to be given the opportunity to lead it helps a lot to be a good follower.Nevertheless, we know many people who are excellent leaders but lousy followers, or lousy leaders but excellent followers. The two are distinct important roles.”

Hurwitz feels the lack of attention currently paid to followership is set to change because it offers a competitive business advantage. Which, in today’s challenging climate, means it’s perhaps time for the f-word to have its day.