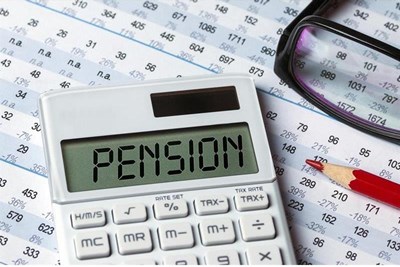 Post-work benefits such as pensions and permanent health insurance (PHI) are being incorrectly used by HR teams, according to Tim Cox, pension law partner at Linklaters.

He warned that HR risked being at fault of age discrimination if it did not gain a complete understanding of how the law works around these benefits.

The essential features of post-work benefits are that they are “earned” by an employee’s work during employment but usually only payable after the employee has stopped working.

Speaking to HR magazine, Cox said that confusion begins with the fact that both pensions and PHI are a kind of insurance which depend on life events such as employee’s health and survival rather than just work.

An employer pension scheme, for example, is paid following an employee’s sixtieth birthday.

Employees are also entitled to a bridging pension paid up to the age of 65 – when the state pension historically would have started.

But now, depending on the year people are born, state pension entitlement may not begin until 66, 67 or 68.

Cox therefore warned HR that stopping the bridging pension before state pension age is direct discrimination as it means that pensioners over the age of 65 are treated less favourably than younger pensioners.

He said: “This raises a more general point about discrimination law: not all discrimination is unlawful; it is unlawful only if prohibited by law, and there is no law against stopping bridging pensions at age 65.”

The essential feature of post-work benefits is that they are earned by an employee’s work during employment but are usually payable only after the employee has stopped working.

Cox added: “HR should therefore be aware that the time for looking at whether a post-work benefit is discriminatory is when the employee is earning it, not when they are receiving payments.”

This would mean HR can avoid potential employment tribunals relating to age discrimination.

He also suggested that if it is the pension trustee who stops a bridging pension at age 65, then they are the ones who would be guilty of discrimination.

It is also not discriminatory to pay pensioners only the equal benefits that they earned during their employment.

Cox added: “If you think that seems a bit hard on older pensioners in our case, think about the fact that older pensioners will have retired sooner, and been retired for longer, than younger ones.

“I think it obvious that older pensioners are not being treated less favourably than younger ones; one could even argue the opposite -although doing so would also be wrong, for similar reasons.”