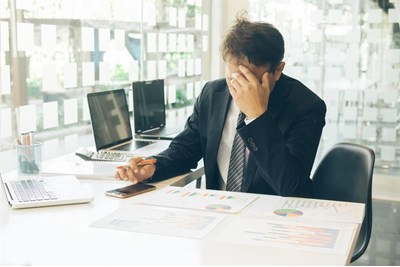 Employers need a more long-term plan for job protection if HR is to efficiently adapt to the nation’s third lockdown, says the CIPD.

In a new statement, the professional body for HR and people development requested an extension of the furlough scheme to the end of June 2021.

He said: “Employers simply cannot wait for the chancellor’s Budget in March to get this assurance: they need certainty and a long-term view now.

“Announcing a longer-term extension to the furlough scheme would give employers in all sectors the confidence and support they need to continue to protect jobs until the vaccination programme starts to take effect and we hopefully start to see the economy recover.”

Following economic pressures and concerns about the impact a COVID winter would have on jobs, the government has already extended the furlough scheme until April 2021.

The CIPD has been calling for a further extension to the scheme since early December 2020. In a LinkedIn poll of HR magazine readers in December last year, 65% said they agreed with this motion, whereas 35% said they did not.

As the plan for a further lockdown was unveiled on 4 January, concerns began to circulate about how business closures and the heightened risk of illness would exacerbate inequalities across UK workplaces.

In response, Willmott also recommended government take action to ensure any person asked to self-isolate does not lose out financially.

This could include addressing weaknesses in isolation payments systems provided through local councils, and a reassessment of eligibility for statutory sick pay (SSP).

Commenting on the prime minister’s announcement of a further national lockdown until mid-February Simon Jones, director of HR consultancy Ariadne Associates, highlighted the need for clear guidance as HR teams are squeezed from multiple angles.

Speaking to HR magazine, Jones said: “I don’t think anyone would disagree with the decision from a public health perspective, and HR people have now had nearly a year of managing emergency working from home, dealing with furlough and recognising some of the stresses and mental health issue the pandemic causes.

Chancellor Rishi Sunak is currently due to publish the 2021 budget on 3 March.