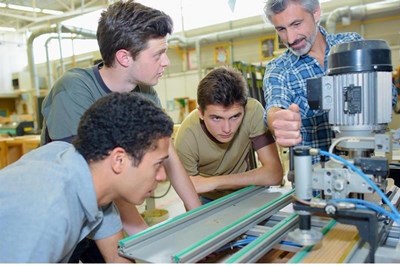 The UK government has confirmed it will extend the furlough scheme until April 2021 to provide more support for the nation’s jobs and businesses.

The extension has been announced following pressure from various groups including the CIPD, which is still campaigning for the scheme to continue until the end of June next year.

He said: “The extension of the furlough scheme until the end of April I welcome, but government should set out early in the new year its plans for job support beyond this to provide employers with the confidence to continue to protect jobs through early summer 2021.”

As part of the government’s plan, the CIPD has recommended a review of the employment incentives for young people, as research has found that existing measures appear to be failing to encourage employers to hire people from this age group.

The £1,000 bonus per learner promised to employers launching new traineeships has only helped to incentivise 8% more organisations to do so, and only 6% of organisations with existing programmes are looking to scale them up in the near future.

The £2,000 incentive for young apprentices, and £1,500 stipend for hiring apprentices over 25 have also only encouraged a 5% increase in the number of employers planning to recruit apprentices prior to the introduction of the incentive.

Logistics company APC Overnight is planning to offer more than 30 Kickstart placements to young people over the coming months.

HRD Corina Forman said the company realises employers may feel apprehensive about the cost of hiring young recruits, in its case the government schemes are effectively de-risking the financial investment required.

She said: “At APC Overnight, we are very aware of the disproportionate and adverse impact the pandemic has had on young people's learning and employment opportunities. For this reason we believe it is more important than ever to support initiatives such as the Kickstart Scheme and to be creative in identifying opportunities for young people.

“We know from experience that investing in young people pays dividends in the long term. People who grow up with the company tend to identify strongly with our values and develop secure social networks - ultimately making them more invested in the business.

“We must embrace these opportunities, for ultimately, if the business community does not rally together to tackle this issue then we could all face significant employment skills shortages in the future.”

Lizzie Crowley, senior skills adviser at the CIPD, added that employers must meet the government halfway if they are to alleviate the risk that the economic climate presents to young workers.

She said: “Our report makes it clear that the government’s incentives to improve apprenticeships don’t go far enough, particularly given that many employers don’t have a strong track record on them. Equally, not enough employers are aware of traineeships to take advantage of the incentive on offer.

“On the other hand, employers also need to look beyond graduates and rethink how they are investing in, and developing, young people. Not only can apprenticeships and traineeships be a great way of creating a young talent pool but, at a time when there’s a jobs crisis, they can give young people a much-needed foot in the door.”

When the scheme does finally come to end, some experts have suggested it will incentivise a new style of flexible work in which small sections of work are split across multiple flexible workers, deemed “quantum workers” and employers.

John Whelan, CEO of My Digital, said: “Quantum workers will be able to secure their financial and job stability as they won’t rely on one employer for income and employers will benefit from being able to employ a wide range of skill-sets to remain agile.

“During this extension, businesses should ensure they have the right processes in place to engage with the quantum workforce’s new employment model in real-time. The extension of the furlough scheme will have an impact on maintaining phantom permanent employment for a further month.”

Self-management and flexible working have never been more important