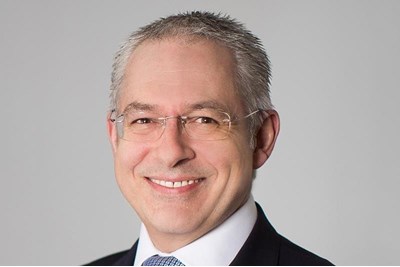 The former CEO of Thomas Cook Peter Fankhauser recently appeared before the Business, Energy and Industrial Strategy Committee and faced fierce criticism in relation to the management of the failed company. The press has reported that the firm’s former executives may be forced to pay back bonuses under 'bonus clawback' rules.

This raises the question of how easy it is for employers to recoup bonuses.

For example, the UK Corporate Governance Code sets out best practice for listed companies, including recommending bonus clawback provisions in specified circumstances and transparency in compensation setting. Listed companies are also subject to annual reporting requirements regarding the extent of compliance with the main aspects of the code. There are also requirements for shareholder votes on directors’ remuneration policies and annual reporting requirements under the Listing Rules.

These requirements and recommendations reflect a collective desire to avoid rewarding failure, but the legal reality is that the right to recover bonus payments remains a matter of contract. An employer that withholds a bonus payment without the contractual right to do so will face and lose a claim for breach of contract and/or unauthorised deductions from wages. Similarly, any attempt to claw back a bonus payment will fail if there is no contractual right to do so.

Employers often seek to reduce their exposure by introducing discretionary schemes. However, although this may make it easier to refuse to pay a bonus in the first place, it will not be easier to claw back a bonus payment that has already been paid.

The courts will generally only allow the clawback of a bonus where there is a clear contractual right to do so. In most cases such clawback conditions will either be triggered by misconduct on the part of the employee, or some form of material financial misstatement for which the employee is at least partly responsible and that contributed to the bonus being paid.

Therefore employers should choose their clawback conditions carefully and ensure that they are carefully and narrowly drafted. The precise circumstances in which repayment will be required should be clearly identified. In relation to mismanagement and competence issues rather than misconduct this may be problematic, as it may be very difficult to identify the relevant duties of the senior executive that if breached would trigger the clawback. Conversely, it is likely to be easier to make a meaningful and justifiable connection between the company’s financial performance and its most senior management.

Even where there are clawback provisions in contracts, employers can face a number of challenges enforcing such provisions.

For example, a clawback provision risks being found to be a penalty and, therefore, unenforceable in the event that repayment is disproportionate to the loss caused to the business. Furthermore, clawback provisions that impose post-termination restrictions on an employee risk being treated as a disguised restrictive covenants and potentially found to be in restraint of trade and unenforceable.

In the event that there are no contractual clawback provisions, an employer would be left to rely on more difficult legal bases to seek to recoup bonus payments, such as equitable remedies like an account of profits or some form of misrepresentation argument. However, these remedies are less likely to arise when the allegation against a senior executive is of incompetence rather than deliberate wrongdoing.

More broadly, however, having to exercise the right to claw back a bonus payment, for failure rather than misconduct, will likely reflect as much the failings of a company’s governance processes as those of the individual. Serious failings by senior executives ought to be identified before bonus payments are made. It is easier to refuse payment than to recover sums already paid. Furthermore, in cases where no-one else saw the signs of failure at the time, should individuals really be required to repay the bonuses they received?

Dan Peyton is a partner at McGuireWoods London