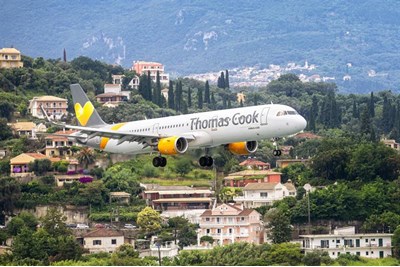 Stakeholders have been demanding answers to ‘what went wrong?’ And ‘could the collapse have been avoided?’ (And 'where was HR?') The board's role has featured strongly. While Thomas Cook employees are having to struggle with redundancy, there are reports that the company’s executives remain employed with Condor, an associated airline business in Germany.


The controversy escalated, prompting a public apology from Condor’s chief airlines officer Jean Christoph Debus for a video of its employees cheering him and other executives after it emerged the German government had decided to offer financial support to save Condor from Thomas Cook’s fate. Faced with criticism that the UK businesses were sacrificed to save this continental one, Debus has apologised for the “celebratory video”.

In the 2018 annual report and accounts Thomas Cook’s group CEO Peter Fankhauser contrasted 'the weakness in our tour operator' being 'partly offset by a good [financial] performance in our group airline'. There are now reports of multi-millions paid to individuals who are now having to account for yet another catastrophic corporate failure – one that will cost UK taxpayers at least £100 million according to the secretary of state for transport.

Apologising for the collapse, Fankhauser still defended his remuneration, telling The Mail on Sunday that “I don’t think I’m the fat cat I am being described as”.

A Parliamentary Select Committee has launched an inquiry to include executive pay awards and accounting practices, and it is timely to specify some questions surrounding Thomas Cook’s governance and leadership:

Evidence points to longstanding problems, signalled in Thomas Cook’s 2018 annual report, centred on ‘high debt – low revenue’. Due to 'financial hurdles not being met' the group bonus did not pay out to eligible directors. But what questions were the audit committee and its advisors asking about what management were doing to rectify the problem?

The annual report doesn’t shine a light here. Indeed the external auditor’s statement notes 'nothing to report' in respect of directors’ confirmation that they had carried out 'a robust risk assessment' of the company’s ability over the 12 months from the date of the statement to continue trading as a going concern, and the basis on which they have arrived at that judgement – including threats to 'its business model, future performance, solvency or liquidity'. The Financial Reporting Council (FRC) has announced it will examine whether or not the external auditor acted correctly.

The FRC's Guidance on Board Effectiveness, published last year, pinpoints a crucial factor. Structures and processes that boards put in place are essential for them to function effectively and efficiently. But on their own they will not deliver success.

'Boards need to think deeply about the way in which they carry out their role,' the guidance states. 'The behaviours that they display, individually as directors and collectively as the board, set the tone from the top'.