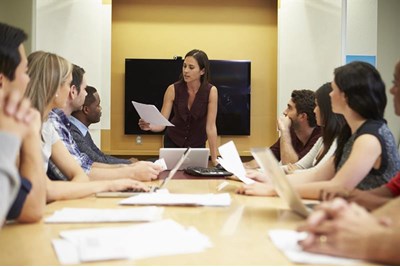 The proportion of women enrolling onto Association of MBAs (AMBA)-accredited MBA programmes globally over the past five years has risen, according to new research from AMBA.

Despite this positive shift, the research stated that there is further to go in terms of reaching gender parity. It said additional efforts need to be made to encourage and support women taking MBAs as their careers mature.

The research suggested that the age at which women are able, or willing, to enrol onto an MBA is a key reason for the imbalance. Women are more likely than men to be aged 25 to 29 when they graduate with an MBA (21% of women compared to 14% of men). Meanwhile this trend reverses with age, with 42% of male graduates being aged 35 to 44 compared with 38% of female graduates.

Businesses missing out on MBA talent

“Despite progress in recent years towards more equal participation among women on MBAs, there is still a notable gender gap on MBA programmes across the world and more needs to be done to close it further,” said Will Dawes, research and insight manager at AMBA and Business Graduates Association (BGA).

“The findings relating to the age at which women graduate suggest that they are more likely to take an MBA earlier in their career, potentially before family commitments, or because they feel less able to further down the line. Regardless, it is important for business schools to understand this dynamic and make provisions to ensure women feel they can take an MBA at a stage that is conducive to their career ambitions.”

Separate AMBA research, due to be released in April, outlines the attitudes of men and women towards their MBAs. It found that male and female graduates tend to hold similar positive views about their MBA experience, the value of their degree and their wider career prospects for the future.

Three-quarters (72%) of both male and female graduates said they feel equipped to reach their desired salary in the future after doing their MBA. Similarly, 43% of women and 48% of men said they expect to earn at least 50% more within the next three years as a result of their MBA.

However, the research found some key differences in how much impact female graduates believe they can make following their MBAs compared to male graduates. When asked if their MBA means they are likely to make better decisions, 84% of men agreed compared to 74% of women. Similarly men said they feel more prepared to work in a highly-competitive environment (69%) and more likely to contribute towards a more profitable business (60%), compared to just 62% and 54% of women respectively.

There are, however, some areas where women have greater beliefs in the outcome their MBAs will have on their future performance. Two-thirds (66%) of women said they are more likely to make ethically-sound decisions that consider the potential impact on producers or consumers connected to their organisation, compared with 62% of men. Additionally, three-quarters (74%) of women said they are likely to make their teams operate more efficiently, compared with 70% of men – something the research highlighted is regularly cited by employers as a skills gap.

Dawes added: “Our findings offer a mixed picture; demonstrating that in many respects women hold equally-strong beliefs about what they can achieve as men. However, they also show that there are some areas where women’s confidence around the impact they can have is slightly lower.”

The MBA Application and Enrolment Report analysed data from 230 AMBA-accredited business schools and 751 programmes in 52 countries that were delivered to students in the calendar year of 2017. The full study exploring the views and experiences of women who have recently graduated from AMBA-accredited programmes will be published in April 2019.