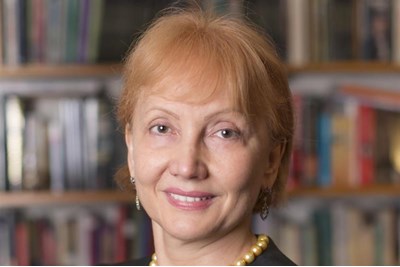 I completely agree that we should try to manage these changes to how people work. However if that isn't possible or effective and we end up in a post-job, app based, universal income world, which ...

In 2016 the government announced two £1,000 tax breaks: one for asset-based income and the other for trading income. Taking effect on 6 April 2017, the move was seen as a response to increased electronic platform trading and stimulating the activities of ‘micro-entrepreneurs'.

Before this development a second job was typically viewed as a hobbyist, secretive or nocturnal activity. However, this idea has now transformed into the increasingly popular and acceptable concept of having a ‘side hustle'; a way of exploring new career or skills opportunities that bring in money while allowing you the flexibility to work a full-time job.

All of this leads to a conclusion that the government is using tax-free benefits to incentivise people to take a second job. The practise also draws on under-used assets, such as room in a car or a spare bedroom, using platforms such as Uber and Airbnb to match demand to products and services.

Similarly, manual or skilled services are facilitated through websites including Fiverr and TaskRabbit to offer hourly or task-based labour, while buying or selling goods on eBay and Amazon has given further drive to on-demand economics.

Using online platforms and apps to find suppliers for immediate tasks means that work is often a short-term transaction with no safety net. Workers classed as independent contractors or freelance operatives miss out on the benefits permanent workers in comparative roles enjoy. They have no protection against unfair dismissal; no right to redundancy payments or the national minimum wage; and no paid holiday, pension or sickness remuneration. There are now 1.1 million workers in Britain’s gig economy facing fragile employment prospects, in addition to those working on zero-hours contracts.

Having a side hustle as well as a full-time job may provide badly-needed additional resources if the regular job is poorly paid, but it also adds considerable stress and can negatively affect productivity in both roles. Having down time for family, friends and yourself is vital for health, wellbeing and work.

Government policies need to address new ways of working rather than incentivising insecure gig employment. The pervasiveness of the Web, the Internet of Things, social media, digital devices, robots and artificial intelligence is driving a technological revolution, merging the real and virtual worlds.

We all need and want to feel safe, have the opportunity to develop and create, and be secure in the knowledge that there is protection for us when we are ill or ready to retire. Employment laws are lagging far behind advances in working practices, leaving many at risk of being denied basic human rights. There is an urgent need to clarify the law, deter misclassification of work, and prevent unacceptable exploitation, particularly for those who are most vulnerable in society.

Schemes that help individuals and small entrepreneurs expand their activities and benefit society, such as credits for working-age adults wanting to retrain, are available for our politicians to prioritise, as are grants and tax advantages for upskilling.

The question is – will we demand clarity about technological innovation in the future, or will robots and AI be allowed to threaten work security and society in the longer term?

Nada Kakabadse is professor of policy, governance and ethics at Henley Business School

I completely agree that we should try to manage these changes to how people work. However if that isn't possible or effective and we end up in a post-job, app based, universal income world, which even if not probable is highly possible, then surely it's a good thing for the government to encourage people to dip their toes in the water now? And yes, although side-hussles can cause stress, they can also help develop entrepreneurial behaviours and greater resilience to cope with the potential changes.