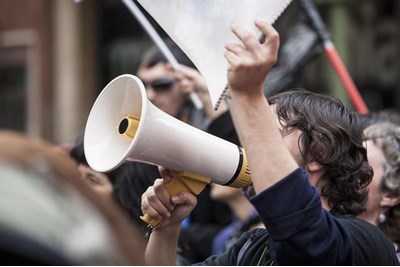 ​The pay gap between young and older workers has increased by more than half in the last 20 years, according to a report by the TUC

It's to be expected that older workers overall earn more than younger people, but an increased gap – caused by the slower pace of wage growth among the young – is cause for concern, the report stated.

The latest figures were released to mark the 150th anniversary of the TUC, which highlighted the challenges young people face, including low pay, insecurity, and lack of progression.

Its report found that young workers are increasingly likely to be concentrated in low-paid, low-skilled sectors, with few opportunities for progression. More than a third (36.1%) of under-30s currently work in care, sales or elementary occupations, compared to just over a quarter (25.8%) of over-30s.

Despite noting that young workers are the most highly qualified they've ever been, the research found that the number of 21 to 30-year-olds working in low-paid industries such as private social care (+104%) and hotels and restaurants (+80%) has soared since 1998.

A lack of progression was highlighted as a concern. Just three in ten (31%) young people felt that their job made enough of their experience and qualifications, and four in ten (38%) said they'd been offered no training opportunities in the past five years.

“This is the most qualified group of workers ever. But huge numbers of hardworking young people are struggling to meet basic living costs – and many more can’t afford a home of their own or are putting off having children," said TUC general secretary Frances O'Grady.

“One hundred and fifty years on from the founding of the TUC, joining together in a trade union is still the best way to get a better deal at work. But unions need to reach out to the young workers in workplaces where there isn’t a union."

In response to the findings, the TUC is launching a pilot of WorkSmart, an app that helps young workers to build relationships with coworkers and learn about their rights. The TUC said that it hoped the app would provide a new model of 'digital trade unionism', with 1,000 young workers signed up so far.