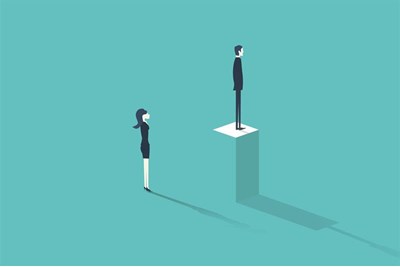 Three-quarters (75%) of female leaders do not believe their organisation runs an effective women in leadership mentoring programme, according to research from Reed

The company asked almost 150 female leaders about gender discrimination in the workplace and issues surrounding equality. It found that there is strong support for mentoring that helps more women gain senior positions, but that three-quarters (75%) did not feel their organisation delivered an effective programme.

Despite advancements being made in gender equality, female employees still feel they are lacking the support network and role models to achieve senior positions, the report stated. Almost a third (30%) said they would like more women representatives on the board. Just over a quarter (27%) said they would like to see increased advocacy from senior leaders and board members on commitment to gender equality.

The report follows sixty-nine firms, including Domino's Pizza, JD Sports Fashion and Greene King, being written to by The Investment Association, a financial sector trade body, and the government-backed Hampton-Alexander Review about not having enough women on their boards.

Chris Adcock, director of Reed HR, said that the report shows the extent of gender bias in most workplaces still: “Although massive steps have been made in creating a more equal and fair working environment for all employees, the results from this survey show a clear and resounding response that female employees still feel that gender bias is an issue in their workplace.”

He added that tackling gender inequality will help deliver stronger business results. “Not only is this unacceptable, by not taking steps to remove these biases, companies are also preventing themselves from tapping into a huge talent pool. By working to remove unconscious biases in the workplace and the recruitment process, companies can expect greater competition for roles and more diverse representation in the workplace, which in turn, will contribute to improved results,” he said.

“For those we asked, the solution lies in mentoring and people and policy driving change. While the majority of organisations do offer mentoring schemes for employees, there is still a disparity in the number of male and female role models in senior positions. Businesses that look to resolve this issue will reap the long-term rewards with lower employee turnover, more consistency across the business and a stable and equal platform for the company to grow."