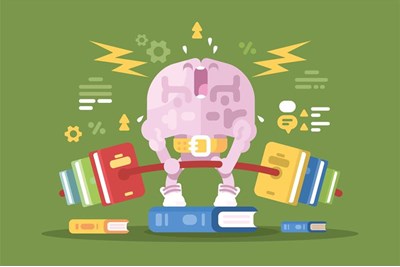 Emotional intelligence (EI or EQ) will be of even more critical importance than it is now in a new age of automation and AI, according to Stuart Evans, head of learning and talent development at HSBC.

Speaking at an event to celebrate the 25th anniversary of the emotional intelligence testing and training firm JCA Global, called ‘Emotional Intelligence: The Past, Present and Future’, Evans explained how AI is developing much more quickly than most people realise.

He highlighted research claiming that it’ll be between 2025 and 2029 when we reach the point where AI “surpasses the human brain”. “From that point on AI will continue to evolve far faster than we can as humans,” he asserted, adding that in the past two years 90% of the data that’s ever existed has been created, a fact that “human brains can’t cope with”.

Evans shared an article he’d recently read reporting that the San Francisco Bay area has a skills shortage not in data scientists or programmers, but people with “relationship-building and overall communication skills”.

He gave the example of a GP – a job that people often wrongly assume is too highly skilled to be done by a machine, he said. “GPs are turning to AI for the answers,” he said, reporting that a doctor friend of his now first asks patients 'what do you think the problem is?', knowing they’ll have already Googled their symptoms.

“‘They’re just coming to you for medication now because they can’t prescribe themselves',” Evans reported his friend as relating. Which means a GP’s job becomes much more about EI, Evans pointed out – about “how does a GP engage with that person and have a conversation?”

In the future it won’t necessarily be a case of robots replacing humans but working alongside them, which means a leader’s job becomes about ensuring workers are ready for this, Evans said. “The strength comes from really sound leadership and human interaction and communication skills; emotional intelligence comes into play really heavily,” he said.

“EI is helping humans come to understand their place in the world,” he said, adding: “Never has continuous learning been more important for humans.”

Also speaking at the event was Jo Rye, head of talent at Marks & Spencer. She said the critical challenge for leaders today is being emotionally intelligent enough to step back and work out how to tackle the demands of an increasingly fast-changing climate.

She pointed out that disruption and innovation take time, and longer than people often assume, highlighting that the Nespresso machine was 21 years in the making and that Steve Jobs spent 27 years “learning and failing” before launching the iPad.

“Leaders need to be able to balance decisiveness with thoughtfulness,” Rye said, adding that “in order to drive digital pace we need to create space.

“It’s a bit of a paradox,” she conceded. “But it’s the difference between success and failure.”

She also advised that leaders be aware of their “leadership shadow” when they walk into a room, to “create the right emotional connections with internal as well as external customers”.