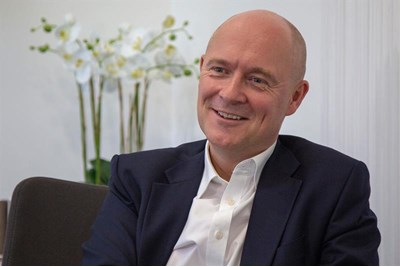 Hi Nick, Completely agree with you - EQ is vital and becoming ever more so. But we believe that you don't necessarily need to focus on EQ in selection - it can be easy to develop EQ using simple ...

Emotional intelligence is being aware of one’s own emotions and being able to handle interpersonal relationships with empathy.

However, recent research by Michael Page has uncovered a worrying new trend in the UK jobs market: an emotional intelligence skills gap.

The key finding of our study shows that there is a clear disconnect between the skills employers want and those jobseekers are displaying when it comes to emotional intelligence.

Half of the employers surveyed cited emotional intelligence as increasingly important for those entering today’s workforce, ranking it higher than work experience or even holding a degree. However, this is rarely mentioned in candidates’ applications.

Emotional intelligence skills are consistently being ranked higher than more traditional skills such as foreign languages or financial acumen.

Essentially emotional intelligence in the workplace comes down to understanding, expressing, managing good relationships and solving problems under pressure.

Our capacity for emotional intelligence is one of the most obvious ways humans have the edge over technological counterparts. What is worrying is that candidates are not highlighting these skills to potential employers, despite clear demand for them.

To help address this I urge companies to look at jobseekers who have clearly evaluated their skillset and highlighted the most valuable ones.

Introducing EQ into the recruitment and assessment process will help to identify the candidates with the right attitude and mindset to work well with colleagues, be advocates of change, and deliver against your organisation’s objectives.

For instance, self-awareness is key to emotional intelligence. Employees who spend time observing and reflecting on their emotional responses to different situations, and who pay attention to their physical reactions, can have a great impact on company culture.

Active listening skills and motivation are also two invaluable traits of EQ. People who possess them understand issues from different perspectives, demonstrate optimism and a desire to build valuable relationships with others, and continually improve their skillset.

However, just as it is important to seek new hires with emotional intelligence, it is vital for managers and other business leaders to operate in emotionally intelligent ways to meet the needs of today’s workers.

Stress can trigger irrational behaviour that is often attributed to low emotional intelligence. Consider the best way to reduce the stress levels within your business – whether that’s allowing employees to take a break from their desks, listen to music, or go for a walk.

Much as people would regularly exercise to stay in shape physically, they need to regularly work on their emotional intelligence skills so that they improve.

Investing in emotional intelligence will result in more engaged, committed employees who will help to move your business forward.

We need to ensure the potential emotional intelligence skills gap in the country is addressed before it becomes a major business issue.

Business leaders should focus on driving change from within their own organisations so employees can follow their example. As the importance of emotional intelligence becomes widely recognised, I hope we will see jobseekers adapt their applications to reflect the behaviour demonstrated by businesses – with both putting EQ high on their list of priorities.

Hi Nick, Completely agree with you - EQ is vital and becoming ever more so. But we believe that you don't necessarily need to focus on EQ in selection - it can be easy to develop EQ using simple tools, such as coaching workshops. Happy to discuss further. Thanks for article, Nina