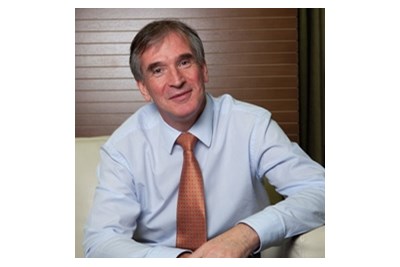 Policing social media does nothing for an organisation’s strategy while recruiters can use it to their advantage, chief HR and corporate officer, Shell, Hugh Mitchell (pictured) warns.

Trying to control social media is a strategically flawed approach, according to the chief HR and corporate officer of the world's largest company, Royal Dutch Shell.

Speaking exclusively to HR magazine, Hugh Mitchell said trying to protect an organisation through heavy-handed policing of social media does not work.

"In the litigious world in which we operate in business, people want to ensure every email is discoverable and that anytime someone makes a statement 15 lawyers check it. But we have to find a way of embracing social media. If you want to be effective in social media you need to be instant and empower people.

"It is about recognising the challenges, but trying to control it is strategically flawed."

Shell is one of the biggest corporates on Facebook, with two million users. But Mitchell conceded that the speed of growth had been unexpected.

"When we launched we thought we would get a million users within three years. Instead, we had that within three months," he said. "The challenge we have is what we do with this. How do we use it in a way that increases understanding of Shell but at the same time allows us to promulgate our messages responsibly into what becomes a very big reach?"

Mitchell said one area business needs to consider is who is regarded as a 'leader' in the context of social media. Many business leaders may be expert in their area but have no traction in the social world.

"People who have leadership are elected by people who follow them. You may be important but no one follows you. Another person may not be expert but people enjoy what they say, and that makes them a leader," he said.

Mitchell added that this was creating a recruiting world where intermediaries were becoming less relevant, be they traditional media, non-governmental organisations or university faculties.

"It's a great opportunity for corporations, as you can be in dialogue directly with society rather than constantly managing your messaging through a bunch of intermediaries," he said.