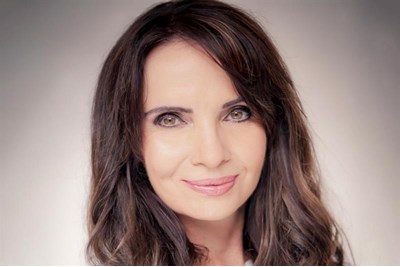 ​In the first of a series of four articles, discover how a highly-engaged workplace culture can transform performance in public sector organisations

While the most dynamic forms of leadership are associated with start-ups and the creative sector, some of the most innovative leaders and teams have emerged in public sector institutions.


In my first book, The Management Shift, the differences in levels of commitment and performance were categorised into five levels, where one is the lowest, based on fear, and five is the highest: passionate and unbounded.

Transforming a culture to the higher levels is a major undertaking in any type of organisation. The public sector faces the additional challenge that there is no market discipline that might encourage adaptability.

With governments under financial pressure, however, there is often a need to demonstrate value for money. Much of the impetus has to come from the leadership.

Innovation Norway is a large publicly-owned entity dedicated to channelling some of the country’s wealth into new enterprises. For several years in the 2010s it was headed by chief executive Anita Krohn Traaseth, who oversaw such a transformation in culture.

Her insights are around communication, transparency and orientation around customer needs. She talks continually with her staff, discussing strategy and policies in depth. There is a monthly all-employee meeting, and she regularly holds one to ones with staff members from all levels. She makes her contractual details and salary publicly available.

"They’re used to getting answers from management," she says. "When you are involving them and saying 'so this is how we’re thinking. What do you think?' they are like 'what do I think? Aren’t you supposed to come with the answer?' So that takes time. And also they became suspicious and say 'Are you asking this because you want the input or do you have the answer already? We think you have the answer'."

She persevered, and her approach began to show results. Over the course of her reforms the time taken for grants to be approved fell from 60 days to just four days, with no loss of quality of service.

Innovation Norway’s customers grew their businesses at 10% per year, and the organisation was named Norway’s most attractive employer by economics graduates in a survey conducted by Universum.

The City of Glasgow College was formed by the merger of three former colleges, and consolidation from 11 original sites to two new ones. Paul Little, the first principal of the new college, made the decision to establish a culture of partnership and high engagement from the institution’s inception.

It stemmed in part from his experience at Harvard Business School where, he says, "I probably learned more from the course participants than I did from the professors". Such a participative culture does not diminish the importance of students learning from the experience and wisdom of teachers, but rather enhances it through deeper conversations.

The college secured £200 million in funding from the private sector, and for five consecutive years success rates for its students improved.

My research identified five strategies as being particularly important in the public sector:

1. Communicate a consistent, clear message – This is particularly important in a public sector environment where there may be many employees and more than one layer of management.

2. Trial and error approach – Change programmes work best with constant iteration and improvement, especially when modernising technology. Krohn Traaseth advises: "When you digitalise you do it stepwise, otherwise the projects are too big, too expensive and they will fail."

3. Speed dating – One-to-one meetings between a leader and individual members of staff are an excellent way to improve culture and communication, instead of relying only on formal meetings.

4. ‘Time thief’ analysis – In a culture that is suspected to be too bureaucratic it can be worthwhile to forensically examine the processes involved and whether they are necessary.

5. Letting go of control – This is counterintuitive to many public sector managers but is liberating when well done; the courage to involve staff in decision-making and trust them once empowered.

Some of those who have overseen a successful culture change in the public sector have done so by keeping a focus on the main purpose. Martin Donnelly, who oversaw such a change at the UK’s Department for Business, Innovation and Skills (later to become the Department for Business, Energy and Industrial Strategy), observes: "Hierarchy was never any more than a means to an end, and the organisation has to turn around so it’s serving the people, often the most junior people who are the most outward-facing, dealing with customers, clients, suppliers...we must move in this direction."

Any organisation’s performance is simply the reflection of the collective ability of its people. This applies in the public sector every bit as much as in a creative start-up.