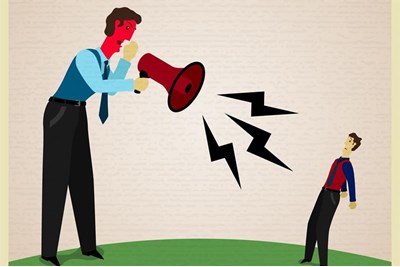 Both employees and employers think that conflict is a common occurrence at work, according to a CIPD report

In Managing conflict in the modern workplace 26% of employees and 20% of employers said conflict is prominent in their workplace.

A third (35%) of employees also reported having experienced some form of interpersonal conflict – either an isolated dispute or ongoing difficult relationship – over the past year. One in five (20%) agree that ‘people in my team sometimes reject others for being different’.

Verbal abuse or insults were surveyed to be 28% of perceived behaviour in workplace conflicts, with physical threats at 5% and 2% physical assault.

The CIPD said its findings draw attention to the serious problem of bullying and harassment in UK workplaces and the devastating impact unfair treatment can have on individuals and organisations.

Professor of organisational psychology and health at the University of Manchester, Cary Cooper told HR magazine that conflict in a workplace is detrimental not only to the individuals involved, but also to entire teams. “The CIPD’s figures show that people management is fundamentally failing,” said Cooper.

“If line managers are unable to manage conflict it can lead to poor work performance and even ill health. The ‘quick fix’ to this issue would be better training for line managers,” suggests Cooper. “We also are in need of managers who are emotionally intelligent; people who can ensure that a workplace doesn’t become a playground for bullying.”

Less than half of employees (44%) experiencing conflict reported that the conflict or difficult relationship has so far been fully or largely resolved. Twenty-four per cent believe challenging issues such as bullying and harassment are swept under the carpet in their organisation.

Head of benefits strategy at Howden Employee Benefits, Steve Herbert told HR magazine that this statistic is concerning because conflict both eats into time and reduces focus and output.

The report pointed towards the importance of HR in fostering inclusive working cultures that do not tolerate conflict and offered four key insights into what it believes HR must act on.

The first was to build inclusive cultures based on prevention, the second to put the ER back into HR, shifting from process to resolution was third, and the final suggestion was to ensure better support for managers on the front line.

Herbert added: “Increasingly employers have recognised that stress and mental health are real and tangible problems in the workplace, and many HR professionals have spent the last few years trying to better understand these issues.

“As a result, forward-thinking employers have now established important and useful employee benefits and wellbeing strategies to offer support in this area. Yet this expenditure of time and money might be wasted if employers can’t also get a handle on workplace conflict,” Herbert told HR.