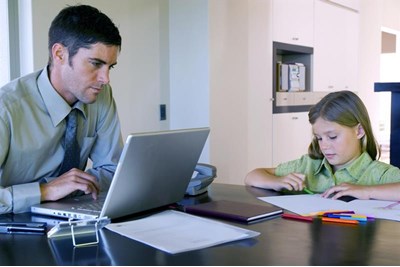 An increasing number of men and women fear that working flexibly will have a negative impact on their City career progression, according to research seen exclusively by HR magazine from parents group Cityparents.

The 2016 Cityparents Survey polled more than 1,000 of its members, who work in City of London professions. The results show that having a City career still comes at a significant personal cost for many parents.

Fears that flexible working will affect a career are growing – more than two-thirds of flexible workers believe their career goals will either take longer to achieve or will not be achievable at all, up 7% on last year. This fear was most pronounced for mothers – 71% believe flexibility would harm their prospects. And it is a growing trend among men, with 50% of fathers agreeing, up 9% on last year.

Helen Beedham, head of corporate affairs at Cityparents, suggested that the increase in men concerned about the impact of flexible working could be the result of more of them viewing it as a viable option. “Before slower career progression simply wasn’t an issue for men because so few of them worked flexibly,” she said. “Men who work flexibly often still feel like they are in the minority in their company. I believe this accounts for some of the impact they notice on career progression.”

Beedham warned that flexible working still carries a stigma. “Part-time is too often being interpreted as ‘less committed’,” she said. “Progression to partnership, for example, is noticeably harder for part-time City workers. Despite this, demand for flexible working has substantially increased from both parents and professionals without children in recent years.”

Jo Swinson, the former parliamentary under-secretary of state for employment relations, consumer and postal affairs, played a pivotal role in the introduction of shared parental leave, which allows mothers, fathers, partners and adopters to choose how to share time off work after their child is born or placed in their family for adoption. “Some men only seemed to realise the impact taking time off for parenthood can have on their career once it became available to them,” she said. “It is a bit of a shame they didn’t realise when it was affecting their wife or partner’s career.”

Only a third of respondents rated their experience of managing a City career and responsibilities outside of work as ‘positive’, with only 5% of that group describing their situation as ‘very positive’.

Laura Hinton, head of people and executive board member at PwC, said the results were disappointing, yet not surprising.

She said the rise of technology has blurred the boundaries between work and home life, often to the detriment of the employee’s personal life. “Technology is fantastic when it comes to flexible working, as it means people can work anywhere and at any time,” she said. “However, this can be a double-edged sword. If you give an employee a phone, they feel like they have to keep it on them and be contactable all the time. We are always careful to tell our employees to switch their phones off when they aren’t working.”

She said one of the ways PwC combats the guilt associated with flexible working is to draw attention to those who use it. “We try to celebrate the fact that some people will leave at lunchtime, or not be in the office tomorrow, because of their life commitments,” she said. “We use videos of them talking about their experiences to bring their stories to life, to show there are real people at our firm taking advantage of a flexible working pattern.

“We always try to set the tone from the top, so we have role models on the executive board to show it can be done. The bottom line is trust. Your employees need to feel like you trust them to work outside of the office. If you can get that message out, flexible working is no longer an issue.”