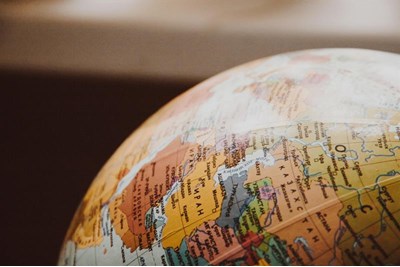 It is, according to Simon Anholt, “the way that humanity is going to survive and prosper [...] and to do it without the support of companies, and above all their employees, is completely unthinkable.”

In his keynote at the CIPD’s Festival of Work, Anholt, who is a professor at the University of East Anglia (UEA) and policy advisor for business and government, described companies’ integral role in transforming world governance.

Presented with a global challenge like the coronavirus pandemic, he said that the current multilateral system, such as the United Nations, is inadequate.

Though many have attempted to change the system, the problem is that “nobody and nothing has the authority to impose these new solutions.”

The key to challenging such a system is culture, he said. “Culture can and does change. Culture changes on a slow but regular basis throughout the story of humanity. When the culture changes, then the system must change to keep up.”

Anholt said a change in culture in governance is slow, yet his research has led him to what he believes are the three powerful levers that can be applied to speed things up.

These levers are useful for HR leaders seeking to effect change within their organisations, with the first being the lesson of corporate social responsibility (CSR), which depends on brand loyalty.

He said: “There is a direct link between how a country behaves in an international community and its brand image.”

The same is true for companies which Anholt pointed out has been something that they have been aware of for decades.

The second of Anholt’s levers to accelerate change is the power of creativity. He said: “What the private sector understands is that creativity is not just about pretty words and pictures. It's not about propaganda.

“It's not about being attractive. It’s about deep understanding of how human beings are motivated to be interested and to change their behaviour, even if it's only on a small scale. My simple definition of that difficult word ‘creativity’ is simply that it's the opposite of boring.”

Using governmental policymaking as a typical example of “boring”, he added: “Unless you can bring the power of imagination to policy making, none of your policies will ever capture the imagination. This is at least half of the reason why trust in government has declined so steeply over the years.”

The third and final lever is the concept of coopetition – collaboration with just the right “sprinkling” of competition.

“The power of coopetition [is] the understanding that when you collaborate as well as compete, it enriches the outputs in the most extraordinary way,” he said.

“The main reason for doing CSR is to do it together; to do it with other companies and corporations; to unleash the power and the spirit and the fun of coopetition so that we can move much larger numbers of people in much better directions than we can ever do by doing it on our own.”

Anholt concluded his presentation with a call to private sectors to change their cultures and governance from “fundamentally competitive to fundamentally collaborative”.

He added: This is the way that humanity is going to survive and prosper. But that's a very big change, and to do it without the support of companies, and above all their employees, is completely unthinkable.”