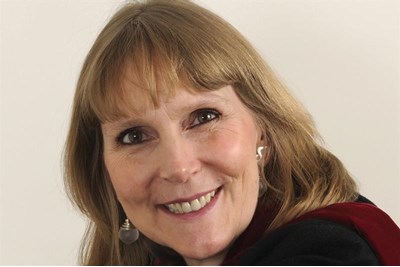 How do you engage all your employees in corporate social responsibility (CSR)? And how do you make that engagement meaningful for them, CSR departments and the business long term?

Those are the questions Philanthropy in Action had to ask when C&A Foundation challenged us to come up with a scheme to engage all its employees in a volunteering day, worldwide and at all levels, and to make the scheme work long term for the Foundation, business and the employees themselves.

Among Fortune 500 companies the percentage of employees participating in employee schemes in a whole year is only 21%. The average participation rate ranges from 6% to 10% globally.

Fifty-one per cent of employees (some 23,600 people) participated in C&A’s initiative, Inspiring Women, in 2015. As we get ready to launch the campaign again this year, I’ve been reflecting on what that first year was like and why the campaign inspired so many employees. Here are the lessons.

We listened to more than 30 stakeholders across the world. They said that whatever we did had to feel local and global, be fun, make people feel proud of the company, connect to the cause, be meaningful and have social impact while not taking people away from the workplace or infringe on employees’ personal time. No small ask.

The best answers are often the simplest

Make it easy. We came up with an action that everyone could do. We spent many hours with creatives and logistics people who, like us, were steeped in running large-scale charity and media events. Their brief: come up with the simplest action possible.

The action we chose was all about women. Women are at the heart of C&A. We asked employees to celebrate the woman who they felt brought out the best in them and share this story with colleagues by uploading a selfie. They then voted for one of three charities, two local and one national, who went on to receive funding from C&A Foundation.

Establish a process that ensures everyone takes part

It included pressured managers in HQs and employees on the shop floor (who likewise don’t have a spare moment). After taking the trouble to put together a toolkit to help them launch the campaign we did not want it to end up languishing in a store room, so it had to be easy to use.

We put in place a system of cascading responsibility from co-ordinators to champions in each store. And, as they were time poor, we made sure we supported them.

Evaluate from the start

We listened and worked out exactly what each part of the business would see as success. And then measured against a baseline we took in each country.

The campaign showed significant improvements on every one of the main indicators. For instance, after Inspiring Women, more employees reported that they felt pride in working for C&A, an increased connection within and between teams in their own store; increased connection between teams nationally and internationally; and overall staff felt that C&A acted in a socially responsible manner.

Begin with the end in mind

We knew what we had to achieve from the outset. We listened first. We ended up working with 28 countries and 53 NGOs, a website translated into 20 languages, and selfies coming in by the thousand, but none of that was as challenging as understanding the initial brief. Get that right and the rest follows.

Fiona Halton is chief executive of Philanthropy in Action

Reward and remuneration Employee benefits Learning and development  by Beau Jackson
May 28, 2020