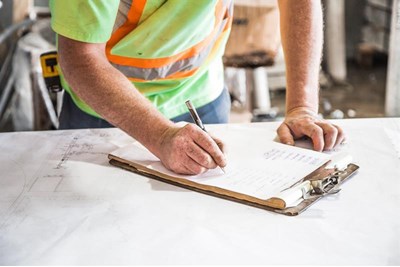 Employers are increasingly turning to temporary staff as they try to recover from the effects of the coronavirus pandemic.

In May to July 2020, their hiring intentions for agency workers in the next three months reached net: +6, the highest level since October to December 2019. Yet employers’ intentions to hire permanent staff also recovered to net: +5.

Overall, businesses are slightly more likely to take on temporary staff than permanent employees in the next three months, the first time that has been the case since May to July 2018.

Additionally, the REC said employers’ intentions to hire temps in the medium term (over the next four to 12 months) were also high, at net: +13. This is the highest this measure has been since August to October 2018.

Speaking to HR magazine, REC chief executive Neil Carberry, said: “We've done some work in the past that suggests, for most workers, it's the chance to get back into work quickly and earn a wage that makes sense. Alongside that, with people who stay in temporary work a bit longer, it's the flexibility in hours.

“I think most people feel that we've now seen the bottom of the recession and that we're on a path back, but we live in deeply uncertain times.

“We don't know how quick the recovery will be and we don't know about the future path of the pandemic. In that environment, it's only natural when the crystal ball is cloudy to tread carefully in how [employers] bring staff into the business. I'd imagine that for the next few months we'll see a more temporary market than permanent market for recruitment.”

CIPD senior labour market adviser Gerwyn Davies said the REC's findings were “exactly what one might intuitively expect at this stage of the economic cycle”, with some employers cutting back on recruiting permanent staff and hiring temporary workers instead.

“However, the trends over the past 15 years, which include periods of strong employment growth and contraction, tell us that the proportion of temporary workers will remain remarkably static [around 5-6% of the workforce],” he told HR magazine.

“We also know from recent CIPD research that some employers are terminating agency or temporary worker contracts to help avoid or minimise redundancies in their workforce.”

He added: “If a firm wants to increase output in the short-term, it can often make sense to employ temporary workers. However, employers need to be mindful that around one in four temporary workers are employed under temporary contracts because they cannot find permanent work.

JobsOutlook is produced by the REC in partnership with Savanta ComRes, which interviewed 600 UK employers involved in hiring between 4 May and 13 July 2020.