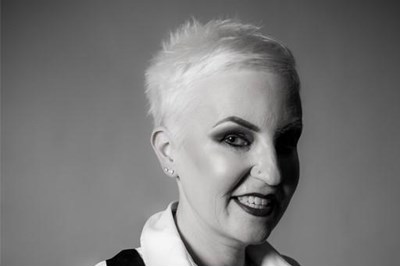 Ironically the process of becoming a leader can make you blind to the most important traits needed to succeed. When someone is promoted through the ranks they naturally grow in confidence, becoming more sure of their own ability. That confidence can make them less likely to seek feedback. They can become less open to suggestion and more dismissive of criticism.

The problem can be diffused or accentuated by the team a leader builds around him/herself. The best leaders welcome sharp minds and honest tongues. Confident in their own abilities, they can admit and cherish the brilliance of others without feeling threatened. Recognising that the most senior person in the room doesn’t always have the best idea also creates a more relaxed and empowered workforce.

Leaders with less confidence in their own ability often surround themselves with people who are similar in character. They value loyalty far more than honesty. They promote individuals who pose no challenge and offer no threat. Scared for their own position, these sycophants seek only to bolster and flatter their leader in exchange for favour and praise. In time the issue become self-perpetuating. A fragile, narcissistic leader attracts sycophants that reinforce their own behaviour. Pretty soon you have a perfect management storm.

The good news is that even if a leader is fragile, processes can be applied to increase self-awareness.

Position feedback as something of benefit to all leaders

If a leader feels like feedback is being sought to address their particular failings, hackles will rise and minds will close. The trick is to take emotion out of the equation. Making assessment a standard process for all leaders diffuses any sensitivity.

Feedback is never given honestly while there is fear of retribution. When we conduct stakeholder assessments we invite the eight to 10 people closest to a leader to a one-on-one interview. While statements and quotes are recorded they are only shared with the manager anonymously. Without that protection any assessment is flawed.

Traditional 360-degree assessments are done in writing. Something about the process encourages criticism without offering a platform for improvement. In a guided interview respondents, can be encouraged to share the good and the bad. They can be led to suggest positive changes rather than simply launching a broadside of unconstructive venom.

Accepting limitations and talking openly about weaknesses is a challenge we all need to face. If self-acceptance can make us content, it can also transform a good leader into a great one. If we’d like our leaders to be a bit more Southgate and a little less Trump, it's our job to help them hear the truth.

Amy Iversen is an experienced executive and performance coach. She is a qualified medical doctor and psychiatrist, and acted as the psychiatrist responsible for the staff and members of the Houses of Parliament