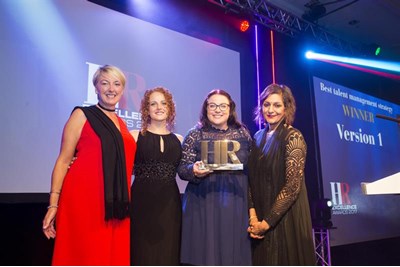 Over-reliance on psychometric testing can be detrimental, particularly when it comes to D&I

There are limits to traditional psychometric tests, according to Aisling McDonnell, UK HR manager at Version 1.

“We found that psychometric testing can sometimes be quite black and white when we’re looking for new talent, so we wanted to find an alternative way to attract people who would be the best for the team,” said McDonnell regarding why traditional psychometric testing – though long-viewed by recruiters as an objective, reliable way of comparing candidates' ability – isn’t quite right for Version 1.

The IT services company has been working with HR software provider Mindmill to formulate a customised way of assessing candidates. This form of assessment has the ability to measure often overlooked factors such as natural ability and cultural fit, said McDonnell. “We worked alongside Mindmill to find a way of attracting candidates who would fit with our core values, and our way of working as a team,” she said.

McDonnell added that an over-reliance on psychometric testing can be detrimental, particularly when it comes to diversity and inclusion. “We’d found, for instance, that there was a risk with this sort of assessment that non-English speakers could be held back unfairly during the tests,” she said. “Through implementing a new strategy we’ve benefited from having people in our office from Portugal, Spain and India.”

The organisation also stressed that this alternative form of testing allows for a more authentic approach to recruiting; through looking at cognitive rather than academic ability. “If someone really wants a job they can tell you anything to make sure they get it, without actually having the skills needed. We really wanted to make sure that we could recruit someone who was able to cope in a fast-paced environment, which is something that can’t always be found through standard testing,” McDonnell explained.

With research suggesting that young people value an appreciation of soft skills in the workplace, Version 1 hopes that its 'no ego' policy (which places an emphasis on working easily with other staff), will be a particular draw for graduates.

“With so many top firms looking for talented graduates it was important for us to come up with something that could help us stand out from the crowd, and show that we could provide the environment they might be looking for,” McDonnell added.

In the new year McDonnell hopes to focus on developing existing talent in the team, through reaching out to remote employees. “We’re planning on introducing a buddy scheme for remote employees in 2018,” she said. “We’re planning to connect colleagues with one another using internal communications, to make sure that our remote workers know of the opportunities that are available to them too.”

Version 1 won Best talent management strategy at last year’s HR Excellence Awards. If you have a potentially award-winning HR strategy why not enter this year? Entries are open until 5 March. Visit www.hrexcellenceawards.com