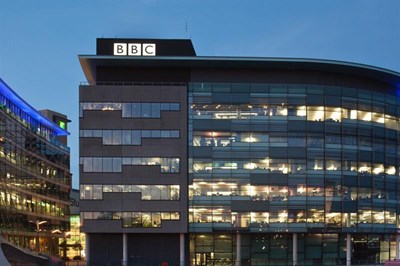 BBC News currently employs 5,500 people, of which 2,000 are journalists and 1,700 live outside the UK. The planned changes will see its budget cut to around £480 million per year. BBC News has to find £80 million in savings by 2022 as its contribution to the corporation’s overall savings target.

The proposals include the closure of the Victoria Derbyshire programme, Newsnight losing 12 posts, 12 positions gone at 5Live, and five news presenter posts cut.

The director of news and current affairs for BBC News Fran Unsworth said: “The BBC has to face up to the changing way audiences are using us. We have to adapt and ensure we continue to be the world’s most trusted news organisation, but crucially one that is also relevant for the people we are not currently reaching.

“We need to reshape BBC News for the next five to 10 years in a way that saves substantial amounts of money. We are spending too much of our resources on traditional linear broadcasting and not enough on digital."

Matt Jenkin, partner and head of employment law at Moorcrofts, told HR magazine that the number of job cuts means that the BBC should be undertaking detailed collective consultation with the unions that represent these employees.

“Looking at the way the job cuts have been announced, it will be interesting to see whether this decision is a done deal or whether consultation will result in a reduction in the number of job cuts,” said Jenkin.

Jenkin added that it will also be worth keeping an eye on whether the unions push back against the announcement with some form of industrial action.

“If it does result in 450 redundancies, it will at the very least result in significant one-off redundancy costs for the BBC, which presumably need to be balanced against the cost savings the reductions are designed to achieve,” he said.

End of an era: Valerie Hughes-D'Aeth on five years at the Beeb

The National Union of Journalists (NUJ) said the job cuts amount to an existential threat to the BBC at the same time as the corporation faces an ideological attack from the heart of government, which has not provided support and proper resourcing.

The NUJ has requested that the BBC provides an equality impact assessment of these cuts and shares it with the unions as soon as possible.

“We have major concerns that the new ways of working planned across the BBC’s news division could lead to a fall in quality and would urge the BBC to ensure it is audience-informed and not audience-led,” said Paul Siegert, NUJ national broadcasting organiser.

News of the proposed cuts follows an announcement earlier this month that at least two-thirds of BBC staff will be based outside London by 2027. While more than half of the broadcasting corporation’s 19,000-strong workforce is presently based outside of the capital, at the BBC’s current staffing levels the move would see around 2,800 jobs move away from London.

Outgoing BBC director general Tony Hall outlined the plan, saying that creating more jobs away from the capital would help to ‘promote inclusion’ and ‘diversity of thinking’.

Michelle Stanistreet, NUJ general secretary, added: “The corporation faces a truly tough time. The NUJ will do all it can to defend public service broadcasting and protect our members’ jobs from these politically-motivated attacks.”

The proposed cuts have not been well received. At the time of writing a petition on Change.org to save the Victoria Derbyshire show had 56,730 signatures.

Shadow digital, culture and media secretary Tracy Brabin said: “High-quality and investigative journalism is what the public rightfully expect from the BBC and these cuts will send shockwaves around the Corporation and journalism in this country.

“BBC News already faces huge challenges, in particular a low viewership among under-35s and working-class communities. That it is now cutting award-winning programming such as the Victoria Derbyshire show and BBC Radio News – both of which bring news to audiences that others can’t reach – raises serious concerns about the impact of the cuts the BBC is having to carry out.”