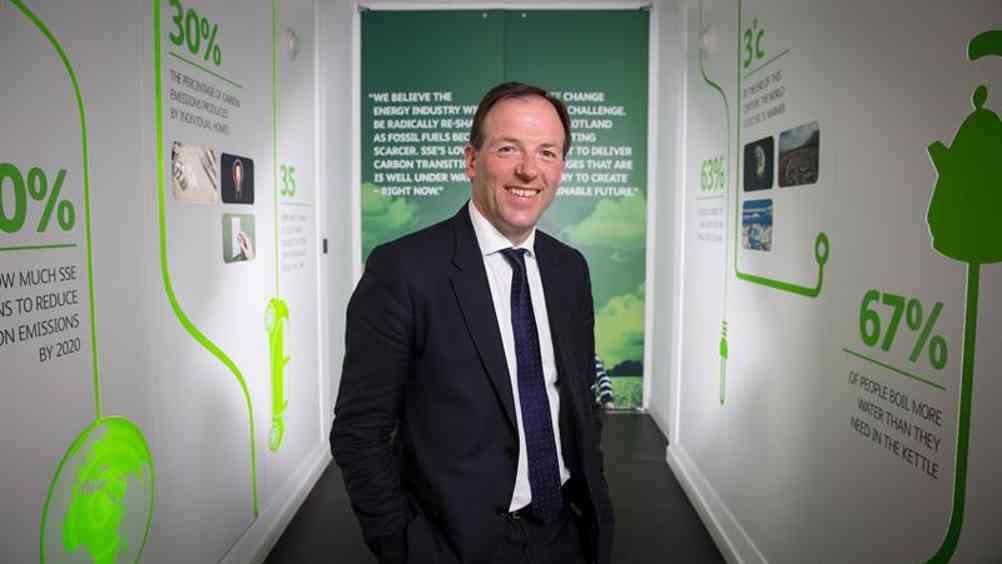 SSE doesn’t just (literally) value its people, it also values what helps them grow, such as training, fair wages, and a transparent workplace

How do you quantify the value of the contribution your people make to your organisation? And should you? These are questions the HR profession has been struggling with for years. And they are questions that FTSE 100 energy firm SSE has done more than most in attempting to answer, thanks in no small part to the efforts of its HR director John Stewart.

In April last year SSE published what may be the first report in which a company puts a numerical value on its human capital. Compiled with professional services firm PwC, the report estimates the economic value of SSE’s staff at £3.4 billion, as of 1 April 2014. This works out as an average value of £173,000 per employee.

Whatever you think about the methodology (an income-based approach using expected lifetime earnings and calculating the economic impact of training programmes), the attempt to shine a light on the value people bring to an organisation – framed in clear business terms – is admirable.

It’s especially interesting after Stewart admits, when HR magazine meets him at SSE’s Glasgow offices, that he tends to be “quite gut feel” about things. “But in this industry people look for evidence that things are going to work and they look for things to be measured,” he says, adding that this is why SSE’s HR team always pilots things first.

“Whether it’s a training programme or an incentive plan we look at something, come up with the criteria for success, and then pilot it. We don’t tend to go big with something until we prove it makes sense in the first place,” he explains. “The best way to get things moving quickly is to do something small-scale. Agree what success looks like, pilot it, and if it works go bigger.”

That focus on outcomes formed a major part of SSE’s decision to embrace the measurement of human capital. “We’d looked at the value of our assets and the contribution they were making to the economy, but there was something missing,” says Stewart. “Organisations talk about people being the most important thing, but they never value it. They are great at valuing all their other assets, but we thought it would be interesting to find a way to value our people while recognising that we don’t own them, we borrow them. We wanted to understand the value and the value drivers that help people grow.”

For SSE those value drivers include training programmes – the company invests in a variety of apprenticeships, traineeships and other initiatives – and a sourcing model with a focus on growing capability in-house. “We wanted to show that training is an investment, and that if the role is sustainable you see real [return],” says Stewart. “We wanted to prove there is value in being proactive in managing the industry’s skills shortage, and be able to look at the different value of our interventions.”

Stewart agrees the term human capital is “quite emotive”, but in his view “the term is more emotive than what’s behind it”. “We’ve been careful to talk about it as a badge labelling the value of the people you borrow from society. We’re very clear we don’t own anything; we are looking at developing people sustainably,” he says. “[The concept of human capital] could do with rebranding – to talk more about the investment that’s being made and what that investment leads to.”

He personally “isn’t offended by the term” and points out that “sometimes the way you get more investment is by learning to talk different languages”. “HR people have to be fluent not just in HR and organisational design and development, but in the financial side as well,” he adds. “If you are going to ask for money you’ve got to be able to talk about the investment side of it.”

This understanding of the world outside of HR was cultivated by time spent in the US working as a regulation director for electric power company PacifiCorp (after it merged with Scottish Power) and then by working in IT and business change back in the UK. “I got into being a busy manager, getting my head around the fact HR isn’t the centre of the universe,” he recalls. “It was about gaining some perspective. It made me understand the distinction between the HR things that make a difference, and those that just need to happen. HR can talk about being strategic and value-add, but if you can’t get the basics right for a busy manager they don’t care about the rest of it. HR is both operational and strategic, because if I can’t pay you on time or get your contract right there’s no point talking about the strategic plan. If you want to get to any table you have to be credible; you can’t just be creative.”

Fortunately at SSE, where he’s been since 2009, Stewart can be both. A more credible and professional HR function, with “more focus on strategy and the deliverables”, means HR now reports in to the CEO. “As we’ve restructured the [HR] function our simple rule is: when someone comes in they have to make the function better, they have to bring something; whether that’s experience, innovation or expertise,” Stewart says.

Beyond the bedrock of the operational, much of HR’s focus is on sustainability and being a responsible employer. That’s the root of Stewart’s ambition to frame, and prove, training and development as an investment that reaps returns (thus the human capital report). It’s why SSE pays the living wage, and was the first big FTSE firm and until recently the only energy company to commit to doing so. It’s also the first, and to date only, FTSE 100 company to have received the Fair Tax Mark accreditation. “We believe paying taxes is a good thing,” says Stewart. “As a big infrastructure company that investment is good for us.”

While a drive for “here and now efficiency” means SSE is examining its organisational structure, Stewart is adamant you can do this responsibly, which is why the firm has a mainly in-sourced model. “Where we have to restructure we try to do it in a fair way: we look to redeploy, retrain and reskill people first,” he says. “It’s not that there won’t be redundancies, but they’re for people who want to be made redundant, or as a last resort.

“It’s about us doing things that are sustainable for the long run,” he adds. Paying the living wage, for contractor contracts as well as full-time staff, and raising pensions contributions are indicative of this approach. “When you take that longer-term view and talk about investing in staff then it doesn’t feel right if people have to leave because they can’t afford to work for us, or they can’t afford to retire,” he says. “Philosophically, when you start to look at long-term business and long-term assets and see yourself as the long-term custodian of employees, you can get alignment. The debate about spending more money [on wages and pensions] has been a good one. The FD gets the fact you can either sensibly invest now or save up problems for the future.”

Stewart promises that SSE’s next annual report, which will have been published by the time you read this interview, will be more transparent than ever and include a lot more about people. “On the people stuff we are probably publishing more than anyone is asking for,” he admits. “But we’re looking to create an ongoing dialogue. We are learning as we go, and it’s an area that’s still evolving. We want to put measures out there to indicate the kind of employer we are trying to be, to show we are trying to be responsible.”

The latest Valuing Your Talent report from the CIPD, CIMA, CIM and others found a lack of transparency around people reporting in the FTSE 100, with companies often not addressing more negative stories. Stewart believes this approach is unproductive. “To be credible you have to be transparent,” he says. “The reality is things will move around. The key is: when they do, can we explain responsibly why? It won’t always be an upwards trajectory. The business will go through some restructuring, which might mean our engagement scores drop. The key bit is do we understand why and are we able to tell our employees and investors why, and what we are doing about it? It’s not about selectively publishing.”

In keeping with this transparent theme, SSE will be publishing its gender pay gap reporting statistics earlier than the government requires. Unsurprisingly for a sector that lags behind in gender balance – recent research shows only 6% of executive board seats in the top 100 UK-headquartered energy firms are held by women – SSE’s pay gap is mostly down to not having enough women in certain roles in the first place.

“[Publishing early] is about being honest and saying ‘we’d like to change the shape of our workforce, but we have to be realistic about the fact it might take a while, and we are open to help’,” says Stewart.

Changing the shape of the workforce is more than a luxury for the industry; it’s a necessity. Within SSE 47% of the workforce could retire by 2023 so a focus on training and diversity is vital. SSE has invested about £60 million in its ‘pipelines programmes’ (see what it did there?) and has about 650 trainees in the business at any time. The retention rates of these programmes stand at about 95%, says Stewart, adding: “Without growing our own we wouldn’t be able to find enough skills.”

SSE’s efforts around social mobility are also crucial to increasing diversity and narrowing the skills gap. It works with Barnardo’s to offer work placements (on the Living Wage) to 16- to 24-year-olds on Jobseeker’s Allowance. It also partners with Career Ready to help prepare young people in Perth, where it’s headquartered, for the workplace. The company has worked out that for every £1 it invests in the Barnardo’s Works programme there is a return on investment of £7.67 over five years. “There’s a lot more the industry can do for young people,” Stewart believes. “We would like to be able to say our workforce is more representative of our eight million customer base. That will only happen if we make these programmes work. The skills and age gap gives us the perfect opportunity to experiment a little.”

With such a skills challenge it’s handy then that Stewart enjoys working in HR because he likes “solving problems”. “Whether it’s a restructure or hiring a type of skill we haven’t had before you have to think about solving it sustainably, in a way that adds value,” he says. Exactly how much value will only become ever clearer. 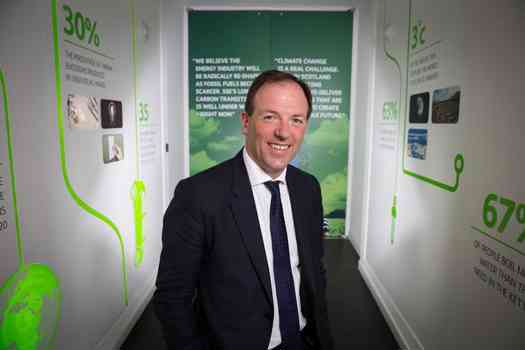 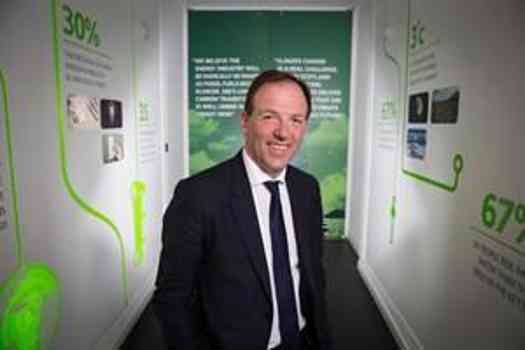 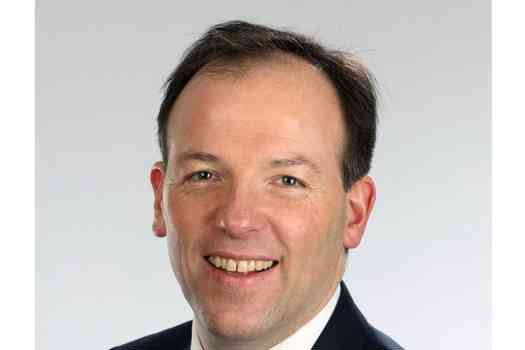 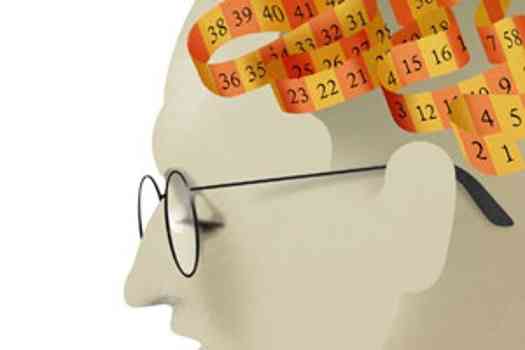 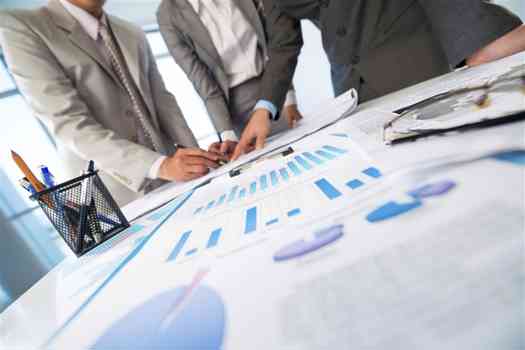 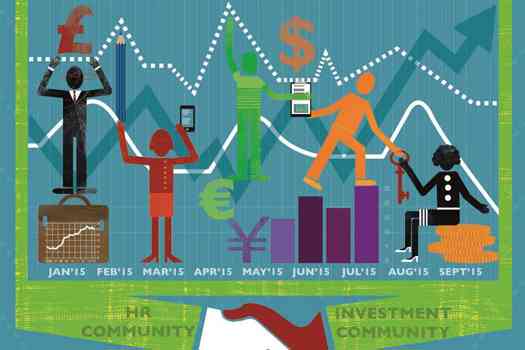