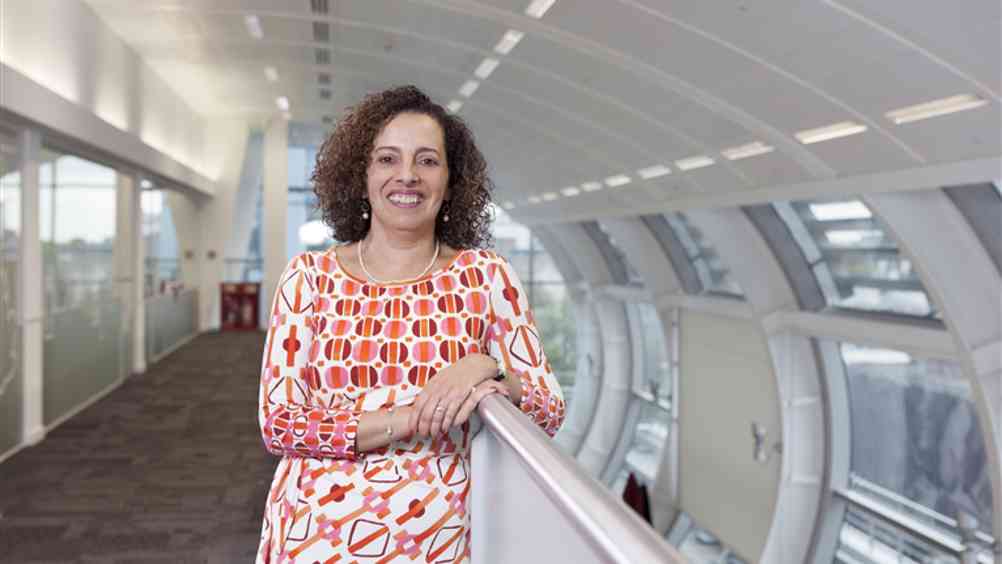 At environment services company Veolia, sustainability is core to every part of the business, even HR.

Veolia is one of those companies you don’t tend to notice, until you’re looking for it – then you start seeing it everywhere. Because the French environmental services company, which generates annual revenues of €22.3 billion, does an awful lot behind the scenes to keep the UK – and 47 other countries – in clean and working order.

From collecting domestic recycling to street cleaning, treating wastewater to investing in low-carbon energy, Veolia provides environmental solutions to half the UK’s population.

That’s a pretty big job. In England alone, we generate about 177 million tonnes of waste every year. Sending the majority of that to landfill causes massive environmental damage as well as costing our economy billions through poor use of resources.

At Veolia, the overall strategy focuses on green energy and the concept of a circular rather than linear economy, and it recently received a Queen’s Award for Enterprise in Sustainable Development. So it makes sense that sustainability is also embedded into its HR practices, and is passionately embodied by its Boston-born UK HR director Marguerite Ulrich (no relation to Dave).

“Sustainability is a core part of me,” she says. “I have a responsibility to make sure this organisation is sustainable, so that when I end up on a beach somewhere, there are jobs for people. We have a wider strategy to become the sustainability champion and be known for our sustainability offering. That goes beyond the environment and preserving the planet – it’s also about sustainability from a people standpoint.”

That manifests in several ways. There are employability programmes: Veolia has more than 300 apprentices and gives opportunities to the long-term unemployed, the homeless and ex-offenders via its Re-Start programme. It also partners with Business in the Community to work with young people as part of the Generation Talent campaign.

Higher up the organisation, it means a relentless emphasis on succession planning. The entire executive team has committed to finding their own successor, with support from Ulrich.

“That is a really important step because it is all about sustainability,” she explains. “When the day comes that they send me back across the pond, it’s really important to me that I have a successor.”

New to the country, but not the job

Ulrich is a relative newcomer to the UK, but not to Veolia. She spent seven years as its VP of HR for North America, growing the HR function, before deciding the time had come for a new challenge.

“I knew I needed a new role, but I didn’t want to leave,” she recalls. “I’ve always been a relationship builder, and through the relationships I had in Paris [where Veolia has its HQ], people were looking out for me.”

When the opportunity to lead HR in the UK came up, working with UK and Northern Europe director Estelle Brachlianoff, Ulrich had no doubt “it would be a great fit professionally and personally”. She and her engineer husband moved to London in April last year.

Since joining the UK business, Ulrich has already had to steer the firm through quite a bit of change. When she “got off the boat” on 14 April 2013, Veolia had just been reorganised from business lines to having a regional focus. Then a couple of months later the company announced a major restructure, bringing together its traditionally separate water and waste management activities in each country.

“We recently had a player and coach from the French national rugby squad speak to the executive team: he was talking about how when he brings the national players together and they all come from their different rugby teams, he has to make sure they’re wearing one jersey,” muses Ulrich.

“That’s how it is for me right now: we need one Veolia jersey, and we need one HR jersey. By having that, we can be a high-performing team and be sure we can support the strategy. Now, we are much more focused on being one Veolia. We should share best practices.”

This June, a round of roadshows aimed to drive this ambition of unity home. “We have got quite a bit of work to do on cultural transformation,” admits Ulrich. Each roadshow was split into two parts: one day on the business, and one on the behaviours.

“The good news is, a year ago, it was just about the business,” says Ulrich. “We’ll have more of a balanced organisation by addressing the business and the behaviours. We are giving behavioural examples of what our values mean in the UK, and how they are aligned with Paris’ Code of Conduct. In this round of roadshows, we’ll begin to embed the values and behaviours that will transform the culture.

"You can say: ‘Here’s our vision’, but you have to really make sure people know what that means. I’m a positive person, so I see [the change] as a good thing – but someone else might think it’s time to go, and that’s OK too.”

The values and behaviours will be tied to recruiting and developing talent. “It’s all connected,” adds Ulrich. “Alignment is one of my favourite words. That’s the only way I can add value and make a difference.”

This need for alignment across the business raises a challenge for the company, which Ulrich says is “not very good at process”. She is working with her fellow HR leaders around the world to drive more consistency and standardisation of processes and procedures.

She describes a recent pay planning process aiming to achieve global consistency across job and pay grades. “It’s more important to say we have one form around the world than to say we have a perfect form in three countries,” she says. “And now we are all on the same bonus scheme globally. It’s a huge task, but it’s good to be able to say everyone is on the same scheme and we are going to be fair around how we do this.  Everyone around the world has an opinion, but you have to do what’s best for the organisation.”

Of course, alignment isn’t just about basic process (although it helps). Talent will play a big role in whether Veolia’s strategy succeeds or fails. “We are working on identifying the talent we have and the development we need to build our bench-strength,” says Ulrich.

“Our strategy has changed so while we have some wonderful talent, we need new people to complement that. We have to recruit, develop and promote differently.” More technical experts, many of whom have grown up in the company, are being required to take on management responsibilities.

To help with the tricky “emotional intelligence part of the job”, Veolia runs inspirational leader programmes for frontline managers and supervisors, giving them the practical tools they need to lead.

Then there’s the organisation’s work on diversity. The waste industry isn’t known for being excessively female-friendly, but Ulrich is keen to emphasise the whole gamut of “people differences”.

“I was the diversity chair for North America, and it’s more about inclusion there,” she says. “We’re moving to that inclusion part now. [The project] is called ‘leveraging people differences for innovative growth’. If we are leveraging people’s differences, we will be more innovative and make better decisions, be smarter with problem-solving and be better aligned with our vision of a circular economy.”

Rather than set targets for more women at board level, she says that by encouraging a “more open” culture, it happened naturally (Veolia now has three more women in the boardroom than it did a year ago). Focusing on the whole employee life cycle has helped, she adds.

Post-recruitment, she wants to collect as much data as possible on who has developed, who has been promoted and why people are leaving – linking engagement to diversity and leadership. “It’s nice when you start to connect all the dots, although of course it’s hard to get to know all 16,000 employees,” she adds.

Driving the transformation Veolia requires means Ulrich needs to develop her own HR team. She recently brought together all of the HR leaders to discuss the people strategies and priorities needed to support the business vision, shaping tactics into 2016. “I think that’s what’s been missing; it’s been reactive and transactional,” she says. “Of course, we still have to nail the basics, but we know we can do other things to be more proactive and improve from a business standpoint.”

When Ulrich relocated, her successor gave her a shoebox containing a size 20 adidas trainer. “He said, ‘This shoe represents the footprint you’ve had on the organisation. And I’m going to keep the other one in my office, so I know I have big shoes to fill’,” she recalls. “I cried because I didn’t realise the impact you can have on people.”

With her seemingly limitless energy, I get the impression Ulrich has only just begun to have an impact on the UK business as it continues to transform in a changing world. 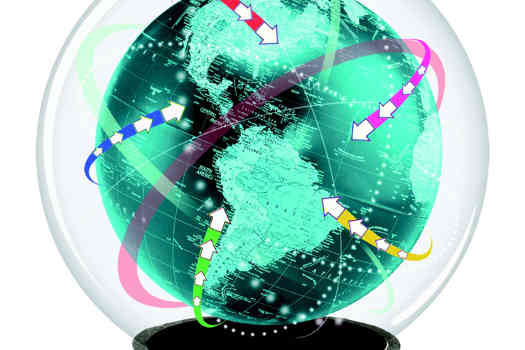 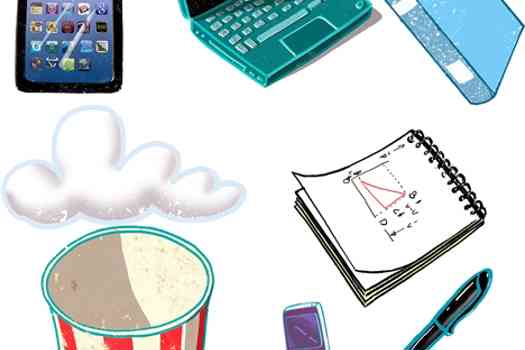 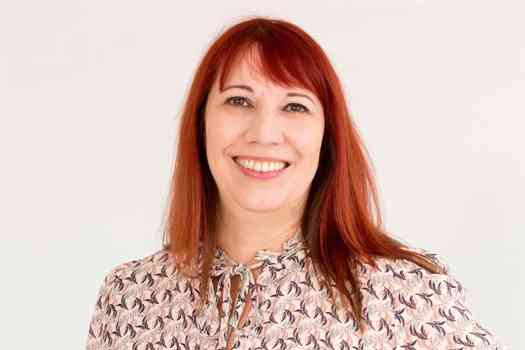