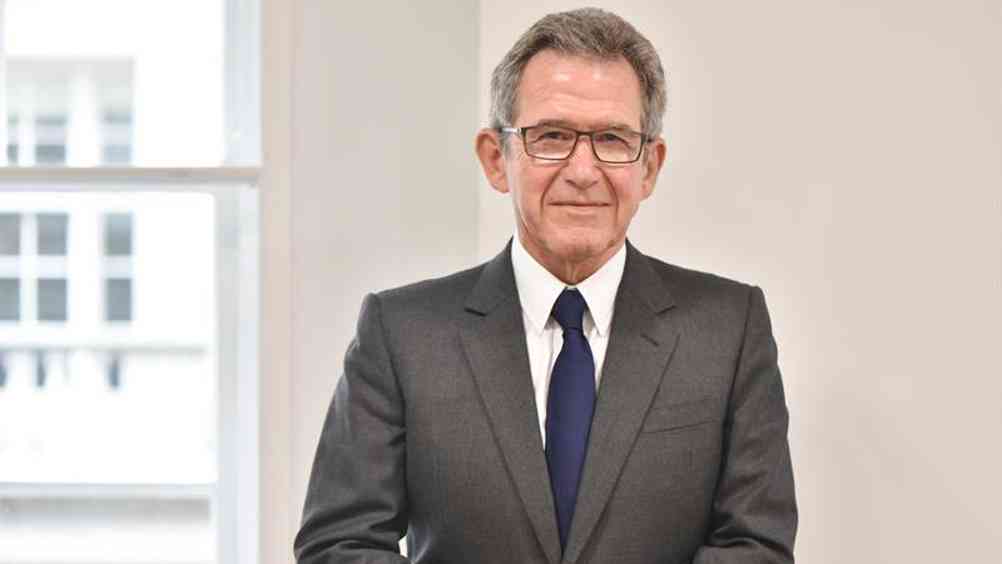 Of the many poignant and insightful anecdotes included in John Browne’s The Glass Closet, that regarding businesswoman and gay rights activist Louise Young and her case for why coming out is good for business is perhaps one of the most powerful.

“I want you to go back to your offices,” she is reported as telling her bosses at a company diversity day. “I want you to remove all vestiges of your family, particularly your spouse… You cannot talk about your family, and where you were on vacation. And if your spouse or partner is seriously ill you are afraid to acknowledge the relationship, because you are afraid you might lose your job. Do all of that – and see how productive you are.”

The thought experiment vividly illustrates Browne’s conviction – firmly held and much talked on since his outing by the The Mail on Sunday eight years ago and subsequent resignation as chief executive of BP – that people need to bring their whole selves to work to really give their best.

“You don’t want people to turn up to work and say ‘today I need to figure out how to not explain what I did for the weekend’,” Browne tells HR magazine. “It’s a drain.”

It’s a drain Browne, now chairman of shale gas exploration company Cuadrilla, has extensive firsthand experience of. He lived (until his ex-boyfriend sold his story in January 2007) entirely in the closet.

For Browne coming out felt like, and maybe was, an impossibility. The world was a very different place, both when he first joined BP in 1969 and as he progressed through its ranks.

Brought up by a mother who survived Auschwitz, Browne had it instilled in him from an early age that to highlight one’s difference was to become a target for persecution.

“I regret not being out but the circumstances were somewhat different,”

he says. “And I’d come from a period where no-one had said to me ‘it would be

really great if you came out’. I don’t think there’s anything anyone could have done to help me.”

He adds: “People have asked ‘what would have happened if you’d been openly gay before you’d come to the board?’ I said ‘I remember a debate I was in where someone was being promoted to the board and someone else said ‘this a is a big risk because he’s divorced’. That was in the late ‘80s; and I don’t think BP was even particularly conservative.”

But things are very different today, Browne qualifies, pointing to how many openly gay politicians and sports stars and there are, for instance. Leaders now have a responsibility to forego their privacy in favour of setting

a more diverse and inclusive example, he adds. And HR has a responsibility to

“I would suggest that when you’re a leader you’ve foregone that particular aspect [privacy]. You’ve signed a national statement to say ‘while I’m a leader I have no privacy’,” he says.

The responsibility of heterosexual leaders is just as great, says Browne. In The Glass Closet he talks at length about how diversity and inclusion policies, and paying lip service to creating LGBT-friendly environments, will never be enough.

Browne is passionate about this endeavour requiring “constant vigilance”. He praises companies, in his book, who encourage employees to set up miniature rainbow ‘ally tents’ on their desks, in the case of Goldman Sachs, and send those signing up to an allies programme a package with stickers, posters, and top tips in, in the case of Bank of America Merrill Lynch.

Diversity and inclusion are not something that can be delegated to HR, but must be lead from the top, Browne believes. “Employers need to be very clear about where they stand and the CEO needs to make it very clear. Outside statements are very important,” he says, adding that overt statements at interview stage are crucial.

“You’ve got to have ownership from the top and through the line so that people really own it,” he says, adding: “I’ve seen HR managers get it wrong by saying ‘I’ve set up an LGBT network so I’m done’. Then the only people who come to the network are gay people and they’re not connected to straight people or to the top of the company.”

Just as critical in keeping LGBT inclusion “always on the agenda” are role models, says Browne. “Getting people to talk about themselves is very important,” he says. “Role models are the single most important thing to change behaviour, because unless people can see coming out as beneficial it’s very difficult to get the emotional point over. Intellectually they will understand but emotionally they need to see it.”

So how can HR best persuade leaders to take ownership of this, and employees to become role models?

Browne says it’s about a positive, non-threatening approach. “I always think that going to managers and saying ‘I’ve got a project called Identifying Role Models’ is amazingly more attractive than saying ‘I’m here for the fiftieth time to tell you you haven’t done X or Y.’”

On how to train and recruit line managers – who historically have got into the bad habit of leaving diversity and inclusion entirely to HR, according to Browne – he adds: “An HR manager is the person who can probably give a line manager the best, least threatening feedback. They can say ‘I think that you are doing this well because I’ve spoken to the team and you’re not coming across the right way’.

“Good HR people get to places where others cannot go because they’re not threatening. People generally feel safe in front of them.”

Regarding persuading employees to present themselves as role models, he says:

“The moment you’ve got somebody you’ve got to say ‘why don’t we give you a little space and time to dedicate to getting people to see who you are?’”

Becoming a role model can have benefits for employees, he adds: “I once said to someone who was giving lots of time to this ‘do you think this is getting in the way of your progress or enhancing it?’ He said ‘probably improving it because more people know who I am.’”

Although Browne insists “constant vigilance” against “the danger [of] assuming everything is solved when it’s not” is still paramount, he does concede that some measures crucial to getting the ball rolling on inclusion will perhaps become less critical over time. This includes the conviction, expressed in The Glass Closet, that chief diversity officers should not only be given an executive role, but also report directly to the CEO rather than to HR.

“It’s about change and when you want change you must send a strong signal,” he says. “You need to do something unexpected. You occasionally have to break the mould in order to make a point. That’s not as necessary now, but if you can’t get people’s attention then maybe change the reporting structure, even temporarily.”

This works both ways though, says Browne. Not only does responsibility for inclusion need to be taken to the top, proving the critical business case for a sustained focus on diversity and inclusion is also a huge opportunity for HR departments keen to establish a closer link between their people strategies and the board.

“The C-suite is really about things like talent management, values and engagement,” he says, adding: “I’m often asked what the big leadership challenges are. Most people would go straight to strategy but I’d like to start with inclusion and engagement of teams. When you’ve got that you’ve got the full resource to do so much. If you’ve got a great strategy and no-one to do it, it doesn’t work.”

In terms of progress made since he came out eight years ago, and even since The Glass Closet was first published in hardback a year ago, Browne is hopeful. But he is in no way complacent. Having made some headway can be dangerous, as it brings with it the risk of people taking their eyes off the ball.

“In the world as a whole I think we’ve gone backwards terribly and there are a lot of people who are deeply scared, and deeply hurt, and in some cases killed. In the world that I do business in mostly – North and South America and Europe – we’re making progress.”

“But there are still pockets. We’re halfway there. Now the tough stuff begins.”

The Glass Closet is now out in paperback, published by Penguin Random House UK, priced £8.99. 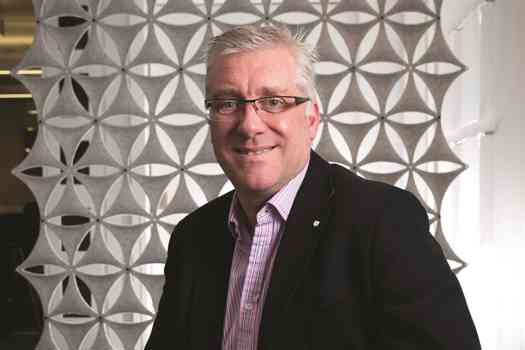 Sandy Begbie on being brave and staying relevant 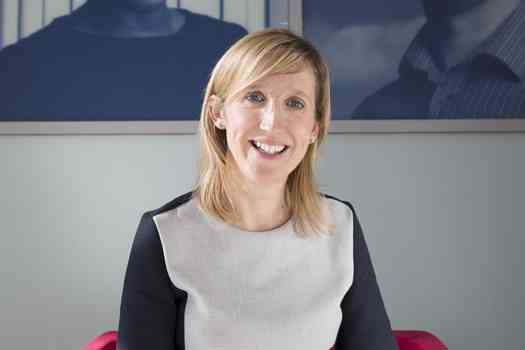 Being bold to improve engineering at Costain 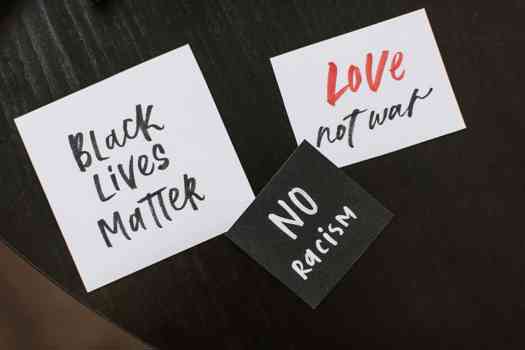 How do you achieve racial equity at work? Call out racism 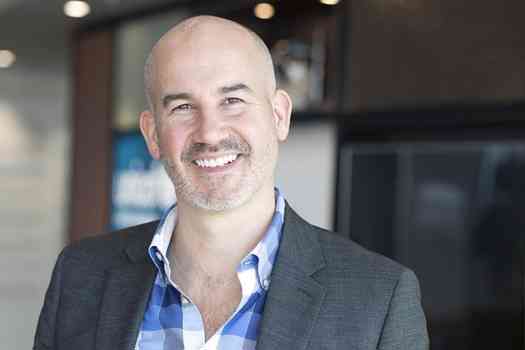 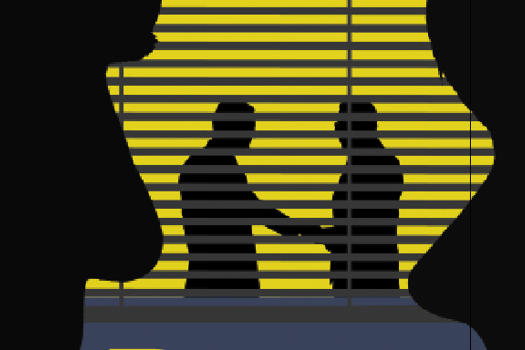 Mergers and Acquisitions: Is HR being locked out on done deals? 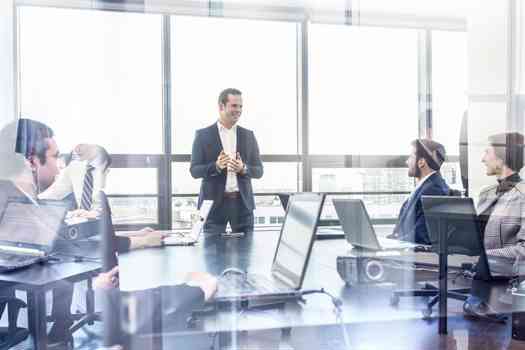