Workplace digital tools stressful and confusing to use 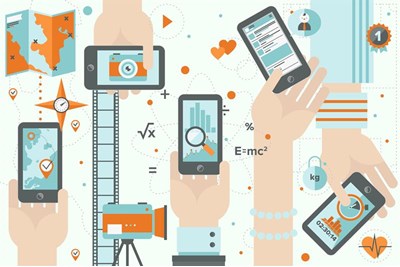 “IT only does what it is told; its [digital adoption's] success depends entirely on the competency and acumen of those operating it,” Radical change in IT is like installing is more complex than ...

Nearly a third (31%) of employees believe new digital tools are making their jobs more stressful, according to research from IT services provider Sungard Availability Services.

The research found that 23% of employees did not understand how to use new digital tools their employer has provided. The UK was found to be the most pessimistic country in terms of digital confidence, with just 24% feeling that they are able to make the most of their digital tools.

However, having access to the latest technology was considered crucial by 76%, while a third (33%) said they would be embarrassed to work in an organisation without them. Additionally, 21% reported leaving a job because they felt they did not have access to the latest digital tools and so could not remain competitive.

A third (34%) of respondents complained they were not given enough or any training to get the most from the digital tools provided by their organisation.

Keith Tilley, executive vice president, global sales and customer service management at Sungard Availability Services. stressed the importance of staff having access to the right tools and training: “From the C-suite down, all employees must have the right tools and training if organisations are to implement an effective digital-first strategy,” he said. “Not doing so would prove an own goal and undermine the investments made in people as well as technology.”

Eddie Curzon, regional director for Thames Valley at the CBI, said IT's role in choosing and implementing technology is just half the story and doesn't guarantee successful adoption: “IT only does what it is told; its [digital adoption's] success depends entirely on the competency and acumen of those operating it,” he said. “While employees understand the value of digital tools, it doesn’t necessarily mean they already have the skills in place to use them effectively. Businesses must take the time to invest in the workforce – closing any impending skills gap by offering staff the training they need.”

“IT only does what it is told; its [digital adoption's] success depends entirely on the competency and acumen of those operating it,” Radical change in IT is like installing is more complex than installing a new 'line' in am manufacturing environment and effects both users , managers an internal and external "clients' So who is responsible for ensuring it works. The company who did this survey claims (undoubtable for a sizable fee) that it can deliver but my guess it's the organisation buying it that is responsible for investigation devolving the management the control of the system and ensuring the learning needs are met.