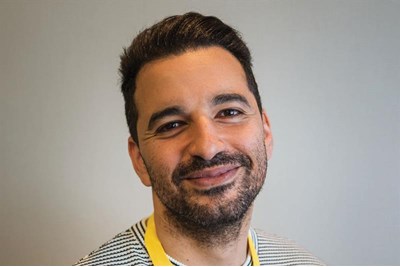 Uber’s bold move to link executive bonuses to diversity metrics has raised eyebrows, but is the criticism too harsh?

“I use them most weeks, but I’d never work there”. So said a friend of mine recently in relation to Uber.

With attitudes like this you would think it’s surely time for Uber to take bold and drastic measures to tackle its troubled image. Unfortunately the recently-floated firm’s move to add diversity targets into the mix of factors affecting executive pay hasn’t quite received the response it was hoping for.

The mistrust and cynicism surrounding Uber’s reputation is seriously overshadowing its attempts to change course. Uber is finding out the hard way that past perceptions can come back to bite you even if you’re trying to do the right thing. ‘Sexist’, ‘racist’ and ‘tolerant of harassment’ are just some of the unwelcome tags firmly synonymous with its working environment.

The criticism of Uber on this hasn’t always been levelled at others who’ve adopted similar practices. When Microsoft first announced it was coupling executive remuneration with diversity objectives there was a sense that the tech giant was taking a much-needed step towards addressing an issue that was particularly apparent in Silicon Valley. Facebook and Intel then followed suit without a backlash.

The important question of course is: does linking executive bonuses to diversity targets actually work?

The truth is there simply isn’t enough evidence to say either way. However, we do know that executives are incentivised on what businesses consider to be the most important strategic objectives.

In the cases of Microsoft, Facebook and Intel, all three have seen increases in the number of women and people from ethnic minorities in the organisation and in technical and leadership roles. This is not to say it’s all been down to how they incentivise the C-suite though. Far from it; these companies have invested time and resources much more widely.

They clearly believe tying executives’ bonuses to diversity is working though, so why not adopt the practice and review its effectiveness?

Critics will argue that quotas are ineffective because they don’t address the heart of the problem (which many claim to be recruitment practices). But it’s more complex than that.

I’d argue that our society systematically discourages men from childcare and women from work. Shared Parental Leave is on the up but the number of couples that utilise the scheme is low because it’s simply not feasible for many.

Flexible working is still a luxury that far too few workers can benefit from because many employers still view work as somewhere you go rather than something you do. Vocational courses and programmes that target ethnic minorities, and that plant the seeds for long-term sustainable diversity, are too few.

So targets can be helpful and are not to be confused with recruitment quotas, which are largely illegal in many countries. Instead internal quotas can encourage recruiters to fish in a wider pool and force companies to invest further afield than university careers fairs. Mentoring programmes and internal and external support networks can be utilised to target the promotion of minority groups rather than simply mandating promotions based on certain protected characteristics.

In 2017 former US attorney general Eric Holder was commissioned to investigate Uber and diversity targets were one of the recommendations from his report. This is encouraging; it shows Uber is listening. Since 2017 Uber has also hired a new head of diversity and inclusion and released a set of new organisational values.

But it’s been a rough few years for the company. And based on the past six months, 2019 is shaping up to be a strong contender for the worst year in its short but notorious journey.

May’s catastrophic stock-market listing saw the share price plummet to below the offer price, making Uber’s floatation one of the biggest loss makers in the past 40 years in the US. At the time of writing the share price is still languishing below the offer price and valuing the company at nearly half the initial projections. To make matters worse Uber recently posted a $1 billion (£799 million) loss.

But while Uber remains a long way from re-positioning its image as an inclusive and diverse business, this latest move is a step in the right direction.